The Wairākei Power Station, the world’s second geothermal power station and the first to utilise flash steam from geothermal water as an energy source to generate electricity, was commissioned in 1958 and completed in 1963. 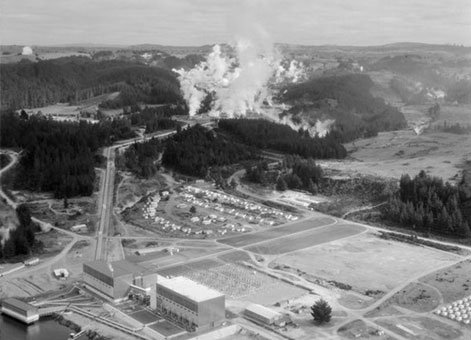 Pictorial Parade No.66 (1957) features the Wairākei Power Station when it was still being constructed (2:32 minutes into the film), as well other power stations being built at the time.

Wairākei lies on an active volcanic zone about 250 kilometres (km) long and 50 km wide, except at both ends where it narrows to 15 km. The power station is built beside the Waikato River, 10 km north of Taupō, and uses the steam from wells drilled in the nearby Waiora Valley. Over 50 wells are at present in production, with an average depth of over 610 metres, the deepest being some 1,500 metres. 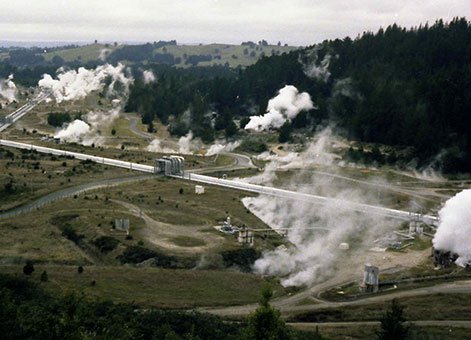 The scheme is based on tapping a vast underground water system that has been heated by very hot, perhaps molten, rocks. Steam is produced by drilling to release the great pressure on the very hot water, causing it to boil. The boiling water-steam mixture is brought to the surface and separated, with the “dry” steam piped to the power station’s turbines and the hot water discharged into silencers where a drop in atmospheric pressure causes some of it to flash into the large clouds of steam, producing the spectacular displays seen in the steam fields.

The original steamfield bore was named WK1 (or WK001). Although it has been cemented up, the wellhead is still intact. This has a commemorative plaque installed in 1985. As the original production bore it is symbolic of the pioneering engineering that went into geothermal well drilling – many of the techniques used today are based on this early work. The well is currently owned by the Crown, although it is situated in the Contact Energy owned part of the steamfield. 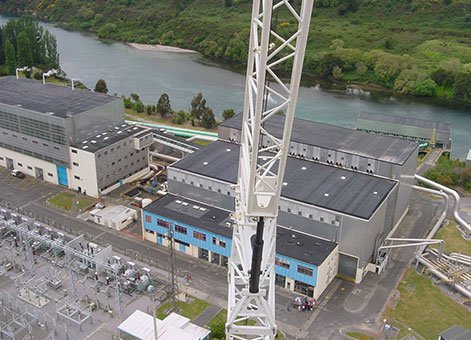 The success of this station is a tribute to the scientists and engineers from New Zealand's Department of Scientific and Industrial Research, Ministry of Works and the Electricity Department, who conceived, designed, built and operated it.

The Wairākei Power Station and geothermal field is featured on the Ministry for Culture and Heritage's Manatū Taonga Channel.

This place is not open to the public. The State Highway 1 overpass provides a good view of the Station and associated pipeline.