The production of steel from titanomagnetite sand had never been achieved before, and this plant at Glenbrook, South Auckland, is the only one of its kind. It was designed to use a process largely developed by New Zealand engineers to produce steel from indigenous ironsand and sub-bituminous coal and is the biggest single-site development in New Zealand.

The original plant, designed to produce 150,000 tonnes per year of steel billets, was built between 1967 and 1969 and commissioned in 1970. It was then subject to extensive modifications with additional plant and other improvements completed in 1978.

The following features were all optimised in the original 150,000 tonne per year plant:

Although the major plant items have been used elsewhere in the world (for different purposes) the configuration of the plant and the method of operation are unique. 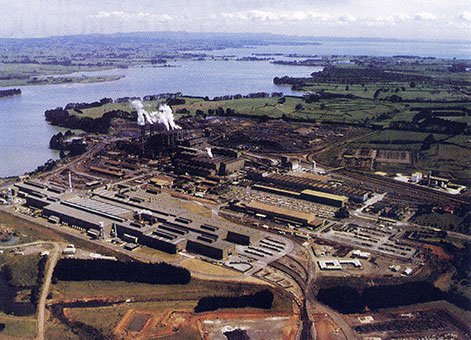 Public tours by arrangement with the company.