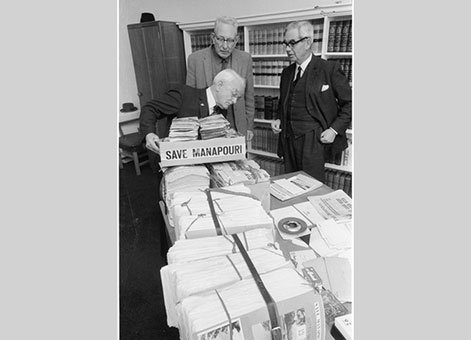 In July 1956, the New Zealand Electricity Department announced the possibility of a hydro-electric power project at Lake Manapouri, and five months later Consolidated Zinc Proprietary Limited/Comalco Power Limited formally approached the Government about acquiring a large amount of electricity for aluminium smelting, more than any other single electricity user in the country.

On 19 January 1960 an agreement was signed between the company and the Government which aimed at creating New Zealand’s first significant attempt at an integrated electro-metallurgical industry. The Manapouri–Tiwai Point electro-industrial complex involved the proposed power station and Tiwai Point Aluminium Smelter at the entrance to Bluff Harbour, more than 150 kilometres (km) away.

The agreement violated the National Parks Act, which provided for formal protection of the Fiordland National Park, and required subsequent legislation to validate the development. The agreement gave Consolidated Zinc exclusive rights to the waters of both Lakes Manapouri and Te Anau for 99 years. The company planned to build dams that would raise Lake Manapouri’s lake level by 30 metres (m), merging the two lakes and having significant environmental impacts on the Park. However, in 1963 Consolidated Zinc decided it could not afford to build the power station. The Government then took over the power station project and the company proceeded to build their smelter. 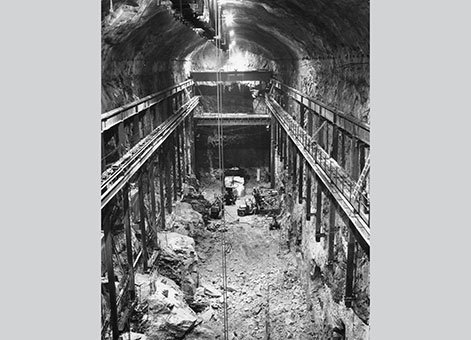 The location of the station utilises the 178m drop between Lake Manapouri and Deep Cove in Doubtful Sound. Main contractors, Utah Construction and Mining Company excavated down 200m below the level of Lake Manapouri, through hard rock, to build the power station’s machine hall between 1966 and 1968. This involved the removal of 1.4 million tonnes of rock. The machine hall excavation is 111m long, 18m wide and 39m high. The turbine-generator structure occupies the lower two-thirds with operating level and gantry cranes above.

The underground powerhouse has seven turbine-generators and their transformers. Cables in separate ducts feed power to the switchyard at the surface. Surface access to the machine hall is provided by a 2km spiralling vehicle tunnel or a lift that descends 193m from the control room.

Water for each turbine flows from the lake through screens and down vertical concrete-lined penstock shafts and discharges to a large draught tube manifold before entering the tailrace tunnels. The first tailrace tunnel was constructed concurrently, from Deep Cove portal, by joint venture contractor Utah-Williamson-Burnett.

Engineering versus the environment

The construction of the Manapouri Power Station had wider implications for New Zealand’s engineering profession and is considered by many to be the birth of New Zealand's “green movement”.

In September 1969 the station generated power for the first time. Stage Two of the project involved the installation of three more generators and raising the lake level by 8m. The following month, the Save Manapouri Committee was formed in Invercargill and soon led a national campaign to prevent the lake being raised because of the environmental impacts.

“Save Manapouri” became the catch cry for scenery preservation, conservation and environmentalism, over commercially-driven industrial development. In 1970, the “Save Manapouri” campaign petition attracted 264,907 signatures opposing the raising of the lake, and in 1972 the Government decided against raising water levels at Lakes Manapouri and Te Anau. This was a compromise between preserving the lake system and realising the hydro-electric potential of the Manapouri Power Station.

Environmental considerations became an important aspect of subsequent civil engineering design and construction in New Zealand as a result of this project. 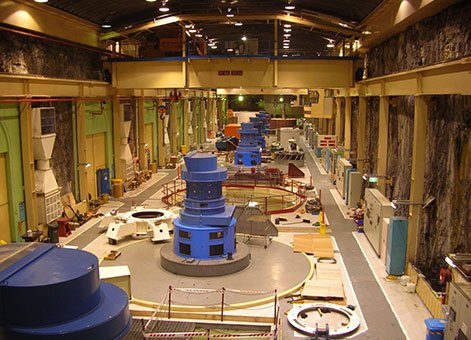 Engineers found a design problem soon after the power station was fully commissioned in 1972. Greater than anticipated friction between the water and the tailrace tunnel’s walls reduced the hydrodynamic head – the potential energy per unit weight of fluid. Station operators risked flooding the powerhouse if they ran the station at an output greater than 585MW, which was well short of the designed peak capacity of 700MW. The power output capacity was also reduced by the decision to not raise the lake level.

Construction of a second tailrace tunnel commenced in 1997 and was completed in 2002. The original and second tunnels are 10km long, carrying the water to Deep Cove. The second tunnel is 10m in diameter and increased capacity to 850MW, although it is limited to 800MW due to resource consent conditions. The increased exit flow also increased the effective hydrodynamic head, allowing the turbines to generate more power without using more water.

Usual access is by Department of Conservation walking/cycle track from Pearl Harbour, Manapouri village, and then to the lake's West Arm. Local tourism operators offer tour packages which include visits to the power station.

A Question of Power – The Manapouri debate