The Kawarau Gorge Suspension Bridge is an impressive structure which crosses a ravine forged by the Kawarau River, near Gibbston in Central Otago. This important landmark was completed in late 1880, and is an exemplar of the contemporary regional vernacular type of bridge. 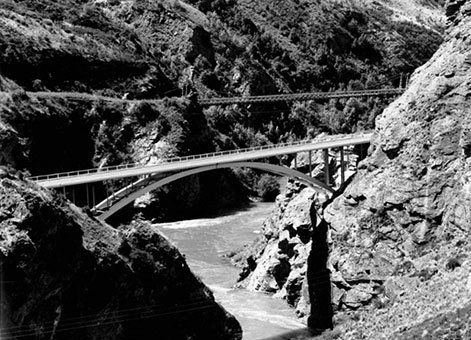 Along a key route to the Central Otago goldfields, in the late 19th century people campaigned hard for a road bridge to replace the existing punt service across the Kawarau River between Cromwell and Queenstown. As such, the Lake County Council launched a comprehensive roading programme in the late 1870s, which included an extensive expansion of the roads and the construction of the Kawarau Gorge Suspension Bridge. After a delayed start, the design and initiation of construction in 1879 went apace under the leadership of Dunedin consulting engineer, Harry Pasley Higginson (1838–1900). Assisting Higginson were two talented young engineers in his employ: Arthur Robert W. Fulton (1853–1889), and Walter Cleave Edwards (1862–1929). The success and longevity of this suspension bridge with monumental schist masonry towers also seems to be due to the experienced local contractors engaged on the project: John McCormick and James Sutherland. 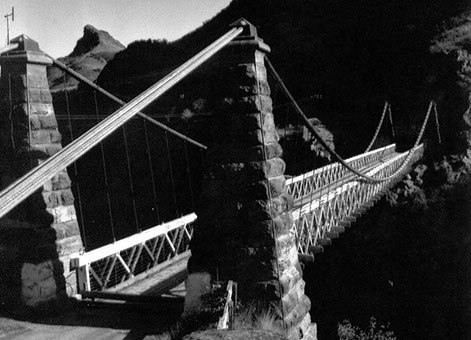 For over 80 years the Kawarau Gorge Suspension Bridge was a key link in the road network of the area and State Highway 6. However, by the mid 20th century modern traffic requirements were over and above the capacity of the aging single-lane bridge, and therefore it was replaced by a new highway bridge in 1963. However, in 1980s the Kawarau Gorge Suspension Bridge was given a new lease on life when it became the site of the first commercial bungy jump in the world, started by A. J. Hackett (b.1958) and Henry van Asch in 1988. The following year a restoration project was undertaken by the bridge’s owner, the Department of Conservation, which was largely funded from proceeds generated by the bungy jump. It was during this period that components of the bridge, such as its timber deck, were repaired and restored, and accretions associated with the bungy jumping business began to accumulate. 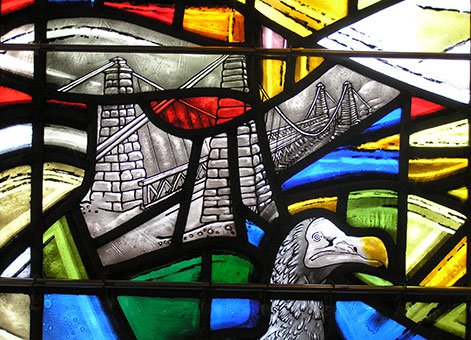 The Kawarau Gorge Suspension Bridge is a structure of outstanding importance in New Zealand’s engineering heritage as the legacy of the eminent late 19th century New Zealand engineer, Higginson, and is a lasting tribute to the technical skill of those in his project team. A major infrastructure project at the time, this landmark bridge is also of considerable heritage value as a vestige of a formerly vital Kawarau River crossing and state highway bridge.

This place has been recognised by Heritage New Zealand as a Category 1 historic place (List no.50):

The bridge is set within a Department of Conservation reserve and is used by the commercial bungy jumping venture known as AJ Hackett Bungy. This is signposted on State Highway 6/Gibbston Highway northwest of Gibbston township, and immediately east of the current highway bridge across the Kawarau Gorge. The structure is visible from the highway when approaching from the west.