The Vacreator was invented in New Zealand by H. Lamont Murray. The initial development began in 1923 when Murray and his London-based business partner, Frank S. Board, were setting up their Te Aroha Dairy Company Limited butter factory.

The aims of the process were to improve the pasteurising technique and reduce unwanted odours and taints (from weeds and poor pastures in the cow diet) in the cream, and to enable profitable butter to be made from the cheaper lower grades of cream that were available.

Murray's original processes consisted of passing hot cream from conventional flash pasteurisers through a deodourising vessel maintained under vacuum. To increase deodourisation, in 1927 live steam was introduced directly into the cream between the pasteurisers and the vacuum vessel. This injection of steam obviated the need for the conventional pasteurising equipment because the pasteurising and deodourising could be carried out by this one process. By 1933 the first true vacreator was in operation. By adding a second vacuum vessel this process was further refined to minimise the 10 to 15 per cent dilution of the cream resulting from the injected steam. 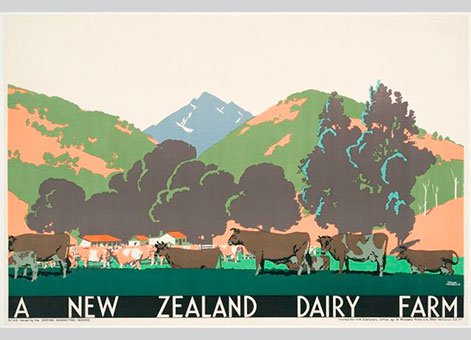 Commercial versions of various capacities were made and sold to New Zealand, Australian, South African and Argentine butter factories. The first New Zealand installation was at the Northern Wairoa Cooperative Dairy Company Limited at Dargaville. The first vacreator was sold to the United States of America for evaluation and trials in September 1938. However, final approval by the United States Public Health Service for food use was not granted until 1954.

An early example of a vacreator is on display at Auckland's Museum of Transport and Technology (MOTAT).

This item of New Zealand’s engineering heritage was recognised as part of the IPENZ “Engineering to 1990” project which the Institution organised to help celebrate the country’s sesquicentenary in 1990. A plaque was unveiled to mark the significance of this plant as part of the development of the nation.

This technology was found in dairying regions, including Manawatu, Otago, Southland, Taranaki, Waikato and Whanganui. However, the first New Zealand installation was at the Northern Wairoa Cooperative Dairy Company Limited at Dargaville.