The Port of Tauranga, located in the Bay of Plenty on the North Island’s East Coast, is a natural harbour and the only deep water port between Auckland and Wellington providing a safe berthage in all weather. 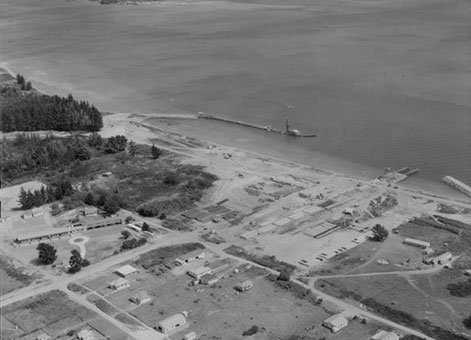 From a shallow coastal port in 1952, the Port of Tauranga has been developed into New Zealand’s largest export port. The new Tauranga Harbour Bridge is an integral part of the total port complex.

In 1958 the Tauranga Harbour Board commissioned a study of the harbour by the Wallingford Hydraulics Research Station, England. Results of this physical model study led to a dredging programme to deepen the entrance from the cutter channel and deepen the Maunganui Roads alongside the Mount Maunganui wharves. Some dredge material was pumped ashore to reclaim behind the new wharves at Mount Maunganui and some 80 hectares of land at Sulphur Point.

In 1983, the Bay of Plenty Harbour Board commission a mathematical computer model of the harbour. This was undertaken by a team of scientists from the Ministry of Works and Development, the Danish Hydraulics Institute, Waikato University and Dr K. Black. The model was established on the Waikato University computer using historical records and freshly collected data. It has been used to study the effects of projects such as the Harbour Bridge, Sulphur Point wharf development and further dredging, on the tidal flows and sediment transfer in the harbour and entrance. 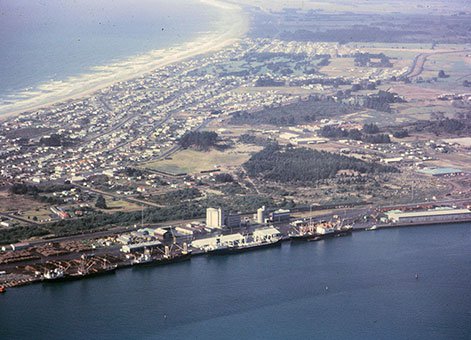 In 1984, a Ship Manoeuvring Simulation study was conducted at the Maritime Research Institute in the Netherlands (MARIN) to help determine the capability of the Port to safely handle larger or different types of ships. The study used port pilots on a computer simulator under a variety of conditions such as wind, tide, tug power and channel widths.

Meanwhile to keep pace with progress and demand, an almost continuous berth-building programme was undertaken, accompanied by channel and harbour deepening, reclamation works, construction of port facilities and the acquisition of floating and shore plant. In particular:

A continuous concrete quay-type wharf structure currently 2,005 m long now provides a nominal 11 berths plus a separate specialised 80 m concrete dolphin type berth for tankers, cement and woodchips located to the south of the main quay. These modern concrete structures include some of the strongest wharf structures in New Zealand.

This 480 m bridge, over the Stella Passage, joining the two sides of the harbour development, was constructed ashore and then cantilevered into place. It was completed, at a cost of about $25 million, two months ahead of schedule and was opened in March 1988. It was estimated that toll charges would clear all debt by 1997 or 1998.

This item of New Zealand’s engineering heritage was recognised as part of the IPENZ “Engineering to 1990” project which the Institution organised to help celebrate the country’s sesquicentenary in 1990. A plaque was unveiled to mark the significance of this harbour development as part of the development of the nation.

The wharves are not open to the public.