Ruapekapeka may not have been the first pā to utilise trenches or to have strong palisades, but the combination of design innovations made it one of the most effective against assault by muskets and heavy artillery. At a time when British military technology led the world, this Māori reaction to the threat of artillery bombardment represents an ingenious indigenous response to European firepower and is a significant engineering innovation. 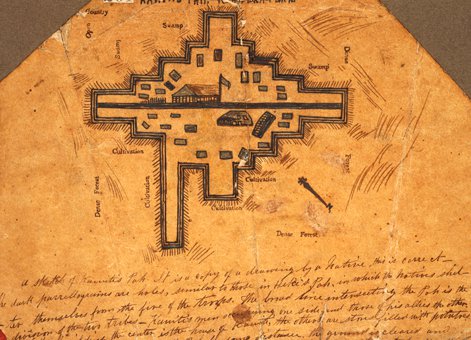 The fortifications so impressed the British that following the battle, military engineers from Britain twice surveyed the defences, built a scale model for education purposes, and tabled the plans in the House of Commons. This knowledge was used by the British in the Crimea in 1853 and led to the trench warfare of World War One when machine guns made underground warfare a necessity.

Ruapekapeka Pā is the site of the last battle of the first campaign of the New Zealand Wars (The Northern War of 1845–46) and is the only battlefield of the Northern Wars where visible fortifications remain.

Built by Warrior Chief Te Ruki Kawhiti in late 1845, the Ruapekapeka Pā consisted of a network of rifle trenches, bunkers, tunnels and a double stockade. It was purpose built by Kawhiti to counter European warfare techniques of the time. It provided views over the whole of the contested landscape of the northern campaign. In contrast to traditional pa, Ruapekapeka did not guard borders, command important routes of communication, or protect civilisations. Ruapekapeka Pa could be abandoned without qualm. The aim was to draw British troops into battle on a difficult site.

No major buildings were erected. Instead, underground rooms were built that were designed to withstand heavy bombardment. Kawhiti and his men sheltered together in dark bunkers like a colony of bats, an arrangement which gave the pā its name, Ruapekapeka – “the bats nest”.

After two weeks of bombardment, the British troops breached the palisades and on Sunday 11 January 1846, they entered the pa. They discovered, as with other Northern War battles, the pā had been abandoned before the troops entered. In the battle, the British suffered a total of 45 casualties, while the Māori killed and wounded numbered about 30.

At the end of January 1846, Kawhiti and Heke negotiated a peace with Governor Grey. Ruapekapeka Pā was never reoccupied and was left to deteriorate following the battle.

In February 2008 an IPENZ plaque was unveiled at Ruapekapeka Pā, recognising its important place in the engineering heritage of New Zealand.

The Department of Conservation have created the Ruapekapeka Pa (walking) Track, 1.5km return, taking about 30 minutes. Walking shoes required. No eating or drinking is permitted on the Pā site. This loop track starts at the car park. The track takes you through the British camp, down through the bush and up to Ruapekapeka Pā site.