This 8,529 metre tunnel was the longest in the British Empire at the time of its construction.

Driven through wet shale and rotten rock, this extensive tunnel was opened in 1923 completing the Christchurch to Greymouth rail link, known as the Midland Railway.

The Midland Company had intended to cross Arthurs Pass by using the Abt rack rail system on a grade of 1 in 15 rising some 180m from Bealey Flat station (the present Arthur’s Pass township) to Arthur’s Pass station at the summit of the pass itself – then descending 1500 vertical feet again mostly at 1 in 15 above the Otira Gorge on the slopes of Mount Rolleston to regain the Rolleston riverbed (a tributary of the Otira) a short distance away from the present western Otira tunnel portal – some 6.5 miles of rack railway involving two engine reversals. A number of short tunnels were required in the Otira Gorge to avoid broken and unstable country.

This would not be considered as a practical solution for a trunk railway intended to carry heavy traffic. Each rack rail engine could haul about as much as its own weight on such a grade at a speed of little more than walking pace whether traveling up or down grade. Thus a very limited tonnage of freight could have been taken over the line each day. During the nineteenth century the alternative to a railway for freight, the bullock team and passengers was the Cobb and Company coach. It was not until the early twentieth century that a feasible alternative of a tunnel 5 miles 25 chains could be decided upon with a steady gradient at 1 in 33 descending from the east portal at Arthurs Pass towards the west.

Tenders for the tunnel were called in 1907. Five years were to be allowed for its completion, in fact it took fifteen. The contract was awarded to John McLean and Sons, the most capable and experienced contractors in New Zealand at that time, for the sum of £599,794. As events were to prove the final cost of the tunnel would be over twice that. 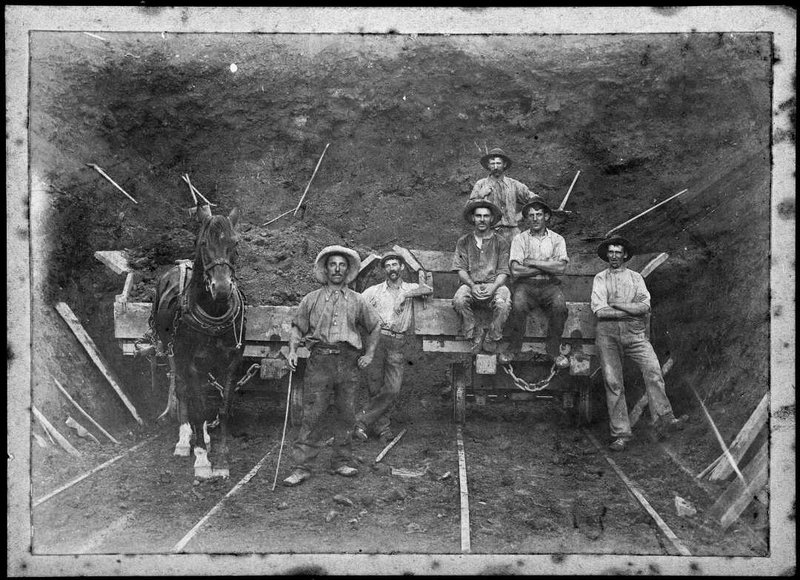 Labour troubles bedevilled the job – union leaders of the day, Bob Semple, Paddy Webb and Tim Armstrong, promoted strikes and persuaded union members to work elsewhere than at Otira. This contributed to a chronic shortage of suitable labour which in its turn brought poor productivity, a rise in accidents, and not least, the rise of the parliamentary Labour Party.

McLean and Sons, who had been highly thought of both as responsible contractors and as good employers, petitioned Parliament to be released from their obligations from which they were freed towards the end of 1912. The company went out of business soon after, financially destroyed by the Otira Tunnel contract.

The Public Works Department had to step in and take over. World War One intervened and although work continued it was not pushed to any great extent. Eventually on July 20 1918 the tunnel was holed through and the surveyors’ centre lines produced from each end were found to vary in line and level by only 19 mm for line and 29mm for level – excellent accuracy before the days of lasers. But much remained to be done – the headings had to be enlarged to full tunnel profile and the concrete lining set in place – so it was not until September 1921 that the tunnel was complete – as a tunnel only but not as a working railway.

When first projected, the Otira Tunnel was to have been traversed by steam locomotives, railway electrification being still in its experimental stages. During the tunnel construction electric railway traction showed itself to be a practical and economic proposition, particularly in long tunnels with their inherent problems of smoke and furnace gases leading to undesirable and often dangerous situations. Tenders were called in 1920 for a steam generating plant at Otira, six electric locomotives and 14 km of electrified line. The successful tender was English Electric of London, with the works being carried out by Frederick S. Greenshields on their behalf.

The Midland railway was then finally opened for through traffic in August 1923 after almost 40 years in the building. The railway company formed to build it had come and gone. The largest New Zealand contracting company had been destroyed – but the railway was complete. 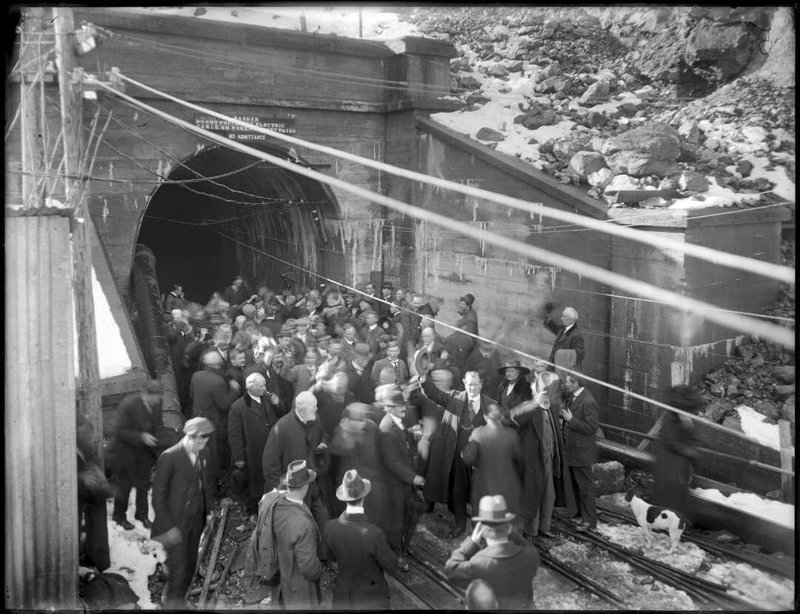 While the tunnel itself is not accessible, the portals can be viewed at either end.  The Tranz Alpine train from Christchurch to Greymouth and return passes through the tunnel.

From Otira on West Coast to Arthur's Pass in Canterbury.