The Onekakā Ironworks in Golden Bay was once the forefront of New Zealand’s iron smelting industry. It operated between 1924 and 1935 and was later used to trial new smelting methods.

Early efforts to produce iron in New Zealand focused on the country’s abundant iron-sands. Trials throughout the second half of the 1800s had only limited success. Limonite deposits in Golden Bay appeared to offer an alternative solution. Limonite was a more familiar iron ore, with none of the challenges associated with smelting iron-sand. A 1905 report by government geologist, James Bell, estimated Onekakā held vast deposits of limonite. Everything looked set for a thriving national industry.

Between 1914 – 1919, John Heskett had been experimenting smelting iron-sand in Taranaki, but titanium in the sand caused clogging in the blast furnace making it impossible to scale up the operation. In 1920 he turned his attention to Golden Bay’s limonite. He floated a new company – the Onekakā Iron and Steel Company Ltd – and shifted his blast furnace to Onekakā. 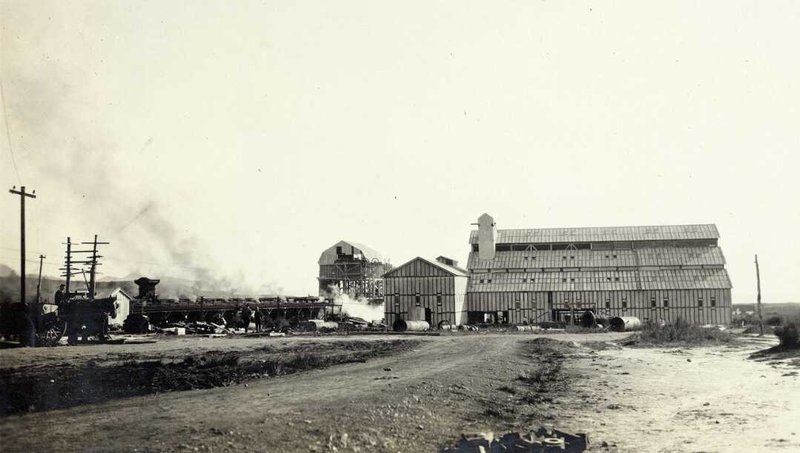 By 1924 the Onekakā ironworks were fully up and running. The wharf was complete, and a tramway connected the wharf with the works. As well as limonite, limestone and coal were needed to produce iron ore. Coal was shipped from the West Coast, then from 1930, from nearby Collingwood. The limestone and the limonite were mined in the hills behind the works and transported in buckets via aerial ropeway. Up to 150 men were employed in round-the-clock shifts.

But success was soon tempered by economic difficulty. The local market was saturated and prices were falling. The plant could not compete with cheaper iron produced overseas. In 1927, plans were made to produce iron pipes as a means of diversification, but by 1930 the market for this had collapsed too. The following year the company was in receivership and closed in 1935. 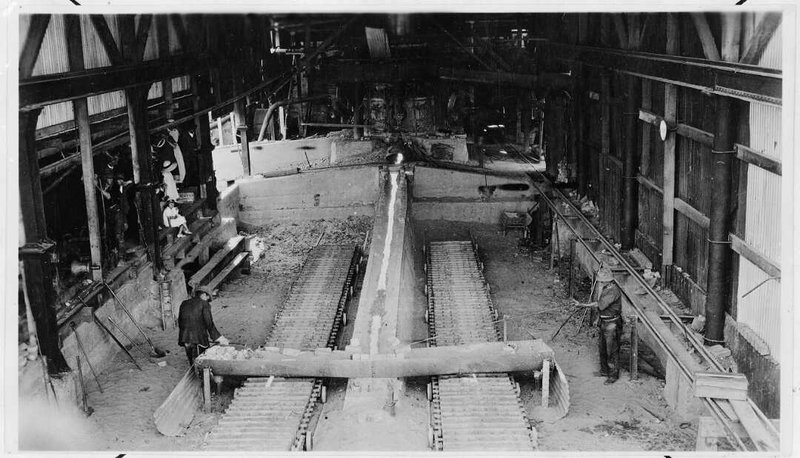 The incoming Labour government believed that the promise of an independent iron and steel industry in New Zealand was too important to let go. They nationalised the ironworks and had plans for its expansion. World War Two intervened and plans were put on hold, but the threat from Japan and the possibility of disruption to imports prompted the government to refurbish the plant, including the installation of a new boiler. This new equipment was never used. A survey in 1942 of the limonite deposits revealed they were only a tenth of what had initially been believed – not enough to see out the life of the proposed plant development.

Attention returned to iron-sand. In 1949 the government tested electric arc smelting of Taranaki iron-sands at Onekakā. The trails were successful, but the electricity costs were too high to make the project economic.

In 1954 Onekakā closed for the last time and the remaining machinery was sold by public auction.

In 1929, a small hydro-electric scheme was built and commissioned to provide power for the pipe making operation. Between 1937 – 1944, after the closure of the Onekakā works, the hydro-electric plant continued to produce electricity for the Golden Bay area.

In 2003 the plant was revitalised by a group of hydro enthusiasts. It produces 3.5 gigawatt-hours annually which is fed back into the national grid. 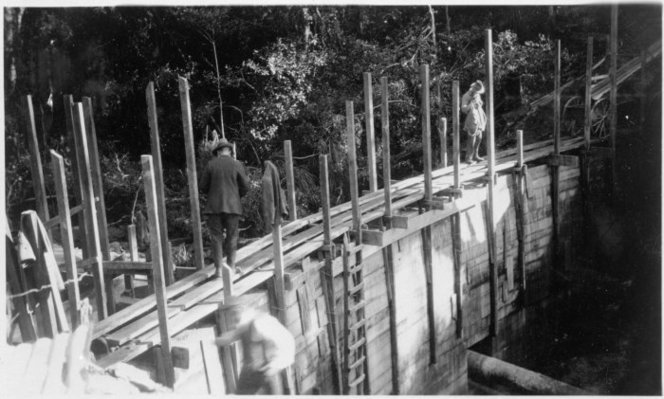 The machinery that remains at Onekakā is being reclaimed by the bush, but the legacy of this early ironworks lives on. The technology tested at Onekakā informed later developments and the works were an important chapter in a long history of the development of iron and steel production in New Zealand.

The Onekakā Wharf and Remnant of Tramline is recognised by Heritage New Zealand as a category 2 historic place (List no. 5126) www.heritage.org.nz/the-list/details/5126