This line was a major feat of engineering, built through very difficult terrain and generally weak tertiary geological conditions. It was built intermittently from 1911–1942 over 191 kilometres of hilly country with gorges requiring five steel viaducts more than 60 metres (m) high; a reinforced concrete arch viaduct, other bridges, numerous tunnels and heavy earthworks. 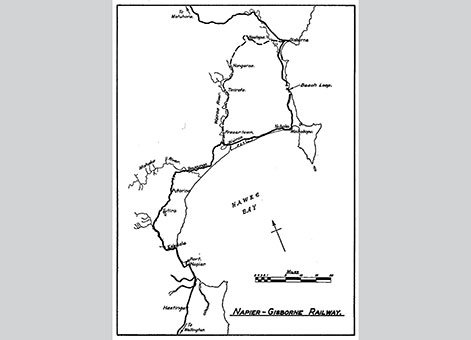 The steel viaducts include: 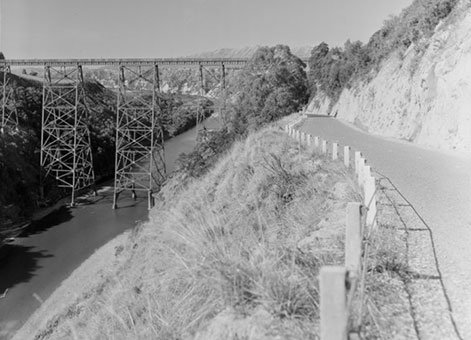 The Wairoa River Railway Bridge was built in 1930 and has steel through trusses. At Napier the Westshore bridge completed in 1918 has nine steel plate girders and a reinforced concrete bowstring arch over the main waterway. Built for road traffic, provision was made for the 4.26m rail track to be laid alongside later. A little further north is the Esk River Bridge completed in 1925 having nine steel plate girder spans. 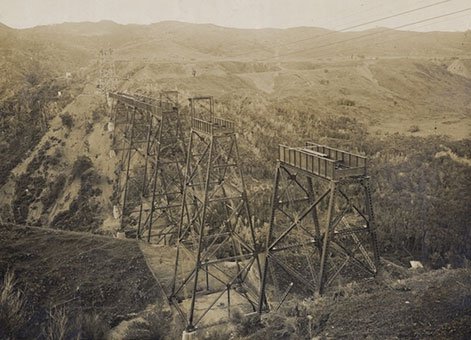 Near Waikokopu the Waiau Stream Viaduct completed in 1942 has a reinforced concrete parabolic arch with eight reinforced concrete girder spans and is 30.5m high. Designed to resist seismic forces, it was “state of the art” being both majestic and attractive. 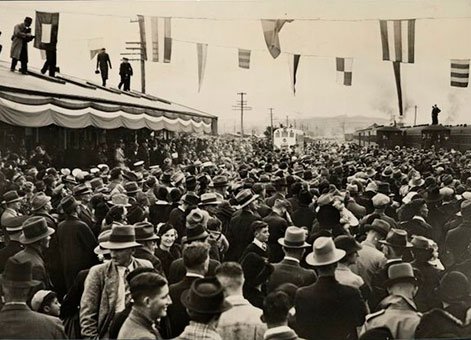 There were many delays. The 1931 Hawke’s Bay earthquake causing some damage to several viaducts and bridges, as did the two disastrous floods of early 1938 which resulted in the loss of 22 lives at Kopuawhara. During the Depression all construction ceased for several years.

The railway is at times close to State Highway 2 (SH 2).  There is a good view of the Mohaka Viaduct from SH 2.