Millers Flat Bridge, opened in 1899, was the result of a drawn out process which was fraught with controversy. This attractive bowstring arch road bridge is still in use. 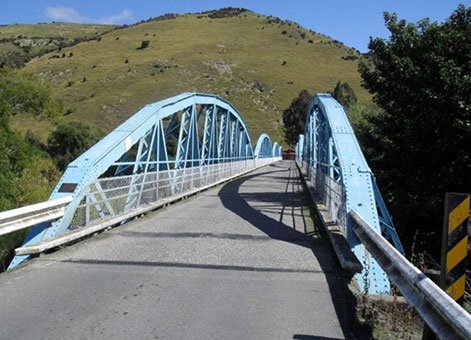 Millers Flat, like other areas around Central Otago, attracted people in the 1860s because of the alluvial gold found in the Clutha River. By the 1890s, settlement and travel in the area had reached a point where the existing punt across that river was regarded as an insufficient and inefficient service. As such, local people campaigned for a bridge and a Bridge Committee was formed in 1895 to petition the Tuapeka County Council for one, and, in turn, the Government.

The Government was approached for a loan to off-set the cost of the structure, and this was arranged relatively quickly upon the stipulation that local ratepayers voted in favour of accepting it. This led to significant campaigning by the Bridge Committee and County Councillors as many people were under the impression that construction of a bridge would mean an increase to their rates. In the end a clear majority voted for the bridge. The next hurdle was the confirmation of the site for the bridge. 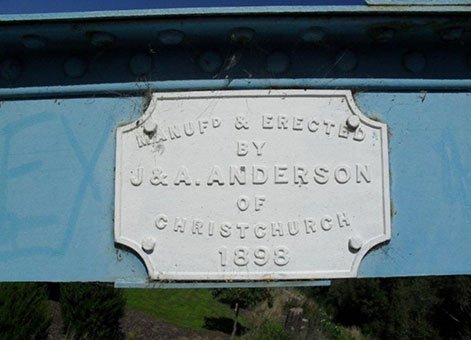 The engineer who designed Millers Flat Bridge was Robert Hay (1847–1928), the Dunedin-based consulting engineer for Tuapeka County, who sited the structure close to the existing punt. Communities neighbouring Miller’s Flat naturally wanted the bridge to be positioned closer to them for convenience, and this led to debate. However, Hay’s location prevailed and tenders were eventually called for the construction of the bridge in February 1896.

Having seemingly been successful in finally getting the bridge project off of the ground, the Council were faced with another problem – the lowest tender was substantially more than they had budgeted for. This meant further delay while an extension to the Government loan was organised. As such, J. and A. Andersons of Christchurch were only able to start construction in mid-1897.

Again, this process was not seamless with several accidents, including a fatality, marring the construction and causing some locals to condemn the safety standards of Andersons, while others defended them. The bridge took over one and a half years to construct and when nearing completion it was described as, “…unquestionably a fine structure, built on lines to resist both the forces of wind and water which it will be subjected to in an exceptionally fierce degree. It will possess in addition graceful outlines and will, indeed, serve as a monument to the energy and persistency both of the County Council and of those residence of Millers Flat who were so prominently identified with the undertaking in the days when the matter looked very little more than a dream and an illusion” (Tuapeka Times, 9 November 1898, p.3). 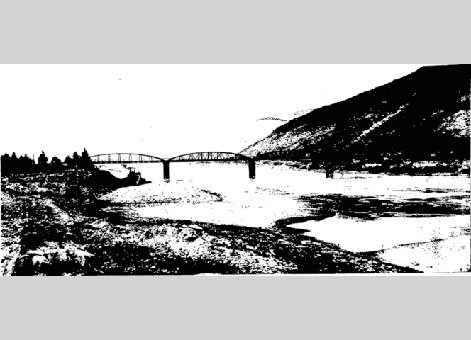 The bridge seems to have been completed by the end of 1898 and was scheduled to be formerly opened by Premier Richard Seddon (1845–1906) in January 1899. Given the character of the project up to this point it is not surprising that this too was problematic, with the opening delayed for a month as Seddon was not available on the original date. Eventually Seddon did open the bridge, on 23 February 1899, amid local fanfare. During his lengthy speech Seddon christened the structure Larnach Bridge, after local Member of Parliament, William James Mudie Larnach (1833-1898), who was a cabinet member, and instrumental in acquiring the Government loan, but died before the completion of the bridge.

Once opened the saga of the bridge did not end because the County Council and Andersons were involved in a Supreme Court case over contract penalties on the Millers Flat Bridge contract in 1900.

Since then the hard work of the various parties to have the bridge completed has been rewarded because it has been an important local road asset for well over a century.

This Clutha River bridge is 176.2 metres (m) long with four steel 4.9m high bowstring arch spans. The timber deck is 4.1m wide. The piers comprise of concrete-filled cast iron cylinders which are driven down 9m into the riverbed.

This is part of a public road and can therefore be accessed by vehicle traffic at any time. Clear views of the structure are available from the riverbank.