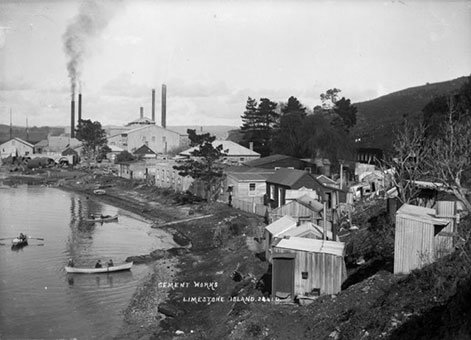 Ernest Schaw Rutherfurd produced what is thought to be the first cement made in the Southern Hemisphere at Limestone Island in 1881. However, it was not until 1895 that Rutherfurd and Company erected a cement works there and commenced manufacturing Portland cement.

Rutherfurd’s business was soon taken over by Alan Hall’s new company, the New Zealand Portland Cement Company. The plant was able to produce 46 tonnes of cement and 61 tonnes of hydraulic lime per week. The island’s wharf could take vessels of up to 3.3 metres draught, which brought over coal from nearby Kamo and Hikurangi and took away the manufactured cement and lime. 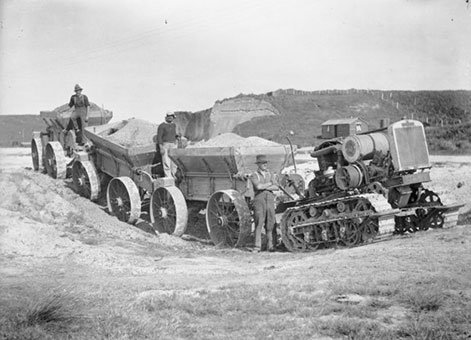 Around 1918, when New Zealand Portland Cement Company bought out Dominion Portland Cement, most of the buildings and equipment were moved to the nearby Portland works and the Limestone Island works closed. The island was then farmed before passing into the ownership of the Northland Harbour Board.

The island has been developed as a habitat for many threatened native species including kiwi, banded rail and dotterel, as well as skinks and geckos. The ruins of the cement works have also been preserved.

The New Zealand Heritage List/Rārangi Korero features many of the island’s archaeological sites relating to Māori use and occupation.

Limestone Island, in Whangarei Harbour, is accessible by boat. There is no public ferry service. The island is maintained as a predator-free environment. Therefore, visitors must not bring animals or unwanted predators with them.