Dunedin's Hillside Railway Workshops have played a major role in the construction of locomotives and freight wagons for New Zealand’s railway system. 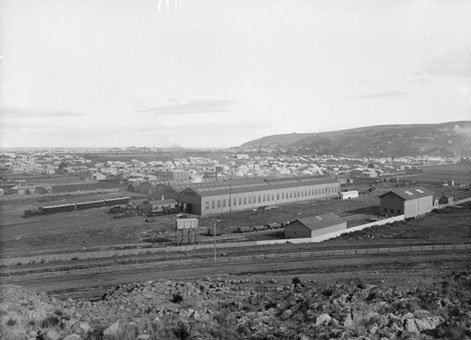 The five government workshops at Addington, Hillside, Otahuhu, Wanganui and Woburn, were early industrial complexes. Hillside initially opened in the mid-1870s as a relatively small repair workshop, but soon was significantly expanded. Further major upgrading and expansion occurred from 1926 to 1929.

Hillside was the largest industrial complex in the southern half of the South Island, employing a maximum of nearly 1,200 people in 1946. 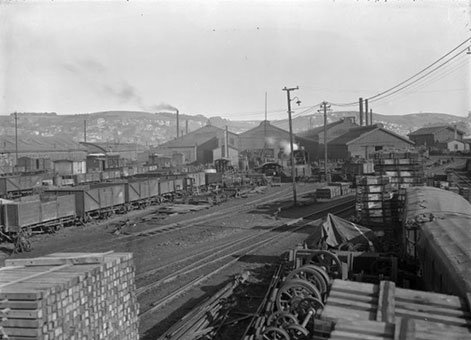 At this time Hillside was the largest mechanical engineering enterprise in New Zealand, and incorporated the largest metal foundry. It concentrated on iron and steel castings, steel and aluminium machining and fabrication, wagon assembly, together with the physical testing of metals and castings.

In 2012 the Hillside Railway Workshops were still operating, although on a smaller scale and with an uncertain future. Later that year KiwiRail sold the foundry to Australian company Bradken and most of the existing staff were made redundant in what was described as "a tragedy for Dunedin and local manufacturing" (Scoop Independent News).

This item of New Zealand’s engineering heritage was recognised as part of the IPENZ “Engineering to 1990” project, which the Institution organised to help celebrate the country’s sesquicentenary in 1990. A plaque was unveiled to mark the significance of these railway workshops as part of the development of the nation.

The buildings are visible from the street, but the workshops are not open for public viewing.