The Barmac aggregate impact crusher was invented by Jim MacDonald when he was Deputy City Engineer, Wellington. In the 1970s his original design was refined in an attempt to reduce wear and improve the quality of the product. 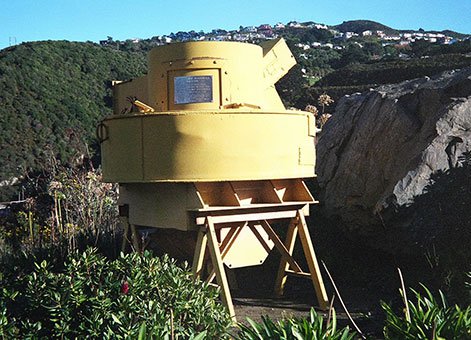 This was done with Bryan Bartley (then with Winstones, Auckland) and production of Barmac crushers has been licensed worldwide. The name for the machine is a combination of the first three letters of Bartley and MacDonald. They won the UDC Inventors award for the machine in 1979.

The Barmac rock-on-rock crushing principle uses a central "spinner" on a vertical shaft to project incoming aggregate outward onto a "scree" of the same aggregate, so that nearly all crushing energy is used in stone-to-stone impact crushing and attrition. They tend to produce a cubical product and quality sand. By heavily decreasing mechanical wear of conventional impact crushers, while avoiding the very large quasi static crushing forces of conventional jaw crushers, the Barmac has radically changed material reduction options, offering a crusher type that produces excellent reduction at a low operating cost.

In 2003 the tally of units was over 3,500, operating in aggregate and mineral processing installations around the world. It was estimated at this time that about a further 1,200 had been produced as copies. The largest unit operated 22 hours a day to crush over a million tons per year and was driven by electric motors totalling 800 kilowatts (about 1,100 horsepower).

Machine #1, which first operated in 1970, is preserved on site at Wellington City Council's Kiwi Point Quarry in Ngauranga Gorge, Wellington.

Call first at quarry office. Crusher is adjacent.  Foot, cycle and vehicular access from northbound carriageway of State Highway 1 (Centennial Highway) partway up the ascent from Ngauranga towards Johnsonville.