At the time of his death in 1950, John Gill Lancaster was described as “one of the best-known electrical engineers in New Zealand… During the last 30 years he had taken a leading part in the development of electric power and lighting in the Dominion” (Evening Post, 12 October 1950). 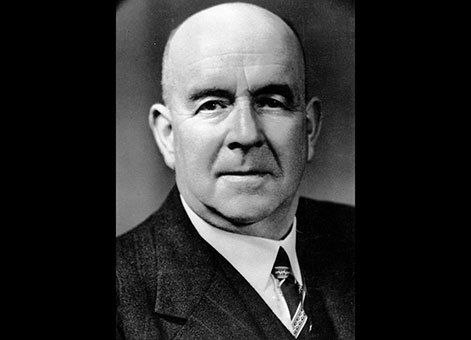 Lancaster was born in Christchurch in December 1883 and attended Sydenham School and Christchurch Boys' High School. He was awarded a Junior University Scholarship in 1900 to study at Canterbury University College. He excelled and was also awarded a Senior University Scholarship. He graduated in 1904 with a Master of Science degree, with double first-class honours in Mathematics and Chemistry. Subsequently he graduated as Bachelor of Engineering under Professor Robert Julian Scott (1861–1930).

After a brief period teaching mathematics at Otago Boys High School Lancaster went to England in 1907 and then on to the United States of America to gain practical experience in electrical engineering with the Westinghouse Electrical Company. He eventually returned to the Southern Hemisphere, working in Australia for the New South Wales Public Works Department under John Job Crew Bradfield (designer of the Sydney Harbour Bridge). One of Lancaster’s tasks was creating a scheme for the electrification of the Sydney metropolitan railways. Lancaster also worked in Sir George Julius’ practice in Sydney.

In 1920 Lancaster returned to New Zealand and went into partnership with FC Hay and Hugh Vickerman in Wellington. The firm later became Vickerman and Lancaster, and Lancaster was a partner until his death. The firm completed work for many electric power boards and other electrical supply authorities around New Zealand, as well as for local authorities, hospital boards, and large industrial companies.

Lancaster was a life member of New Zealand’s Electric Supply Authority Engineers’ Institute, of which he was President in 1934–34 and ex officiomember of its executive until his death. He was a Member of the New Zealand Institution of Engineers (now the Institution of Professional Engineers New Zealand (IPENZ)) and President in 1943­–44. He had a keen and active interest in the Institution demonstrated by serving “on the Council and in various offices on committees in a most selfless and generous spirit” (Proceedings, p 452).

Lancaster died in his Seatoun, Wellington, home on 11 October 1950.