Born 9 August 1858 in Boston, United States of America, Francis William MacLean was taken to Scotland at an early age and educated there. He studied engineering at Edinburgh University. MacLean’s practical training and early experience was with North British Railways. 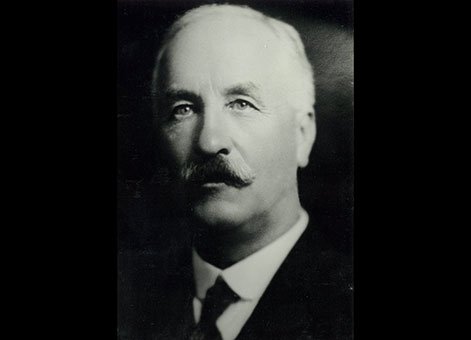 He came to New Zealand in 1884 and was appointed the New Zealand Railways Department’s Assistant Engineer in Auckland. He progressed through the department’s ranks until he reached the position of Chief Engineer in 1916. MacLean remained in that position until he retired in 1924, after which he spent some years in consulting practice in Wellington.

The period of his service with the New Zealand Railways coincided with an era of rapid expansion, and his ability, coupled with an uncompromising devotion to duty and principle, was an undoubted asset in the development of the country's railway system.

MacLean was said to be universally respected by the engineering profession, to which his death on 22 May 1951 was a very real loss.

The MacLean Citation, one of IPENZ’s premier awards, was established in his honour. IPENZ’s Governing Board awards the MacLean Citation on a case-by-case basis to engineers who have made an outstanding contribution to the profession.