David Downey was a leading Auckland engineering consultant until his retirement in 1987 as the Chairman of Directors of Worley Group Limited (now part of the international consultancy AECOM). 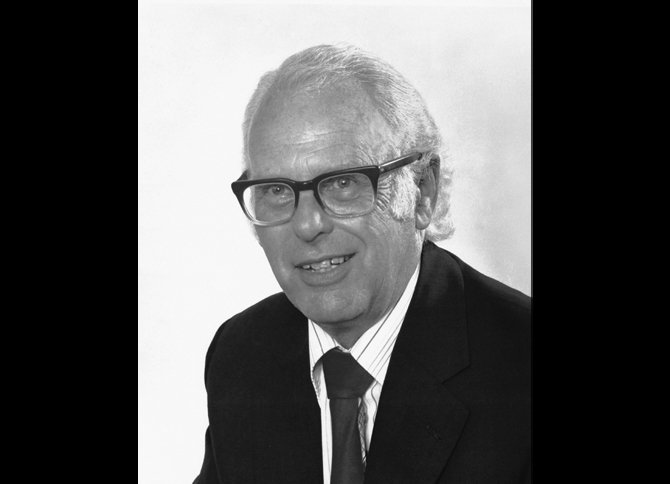 After being brought up on a remote back country farm near East Cape, David completed his secondary schooling at Napier Boys High School in 1938. He then worked as a shepherd on the family farm at Waitangirua until 1944, except for a short time in 1942 when he attempted to join the army for overseas World War Two service but was rejected because of his eyesight.

Ralph Worley (1890–1965), a celebrated consulting engineer and registered surveyor in Auckland, often holidayed not far from the Downey farm. Understanding David’s wish for more company and intellectual stimulus, his mother asked Worley if he would consider David for an engineering cadetship.

Soon David was invited to join Worley’s consulting practice. His first task was as a chainman in 1944, running levels for several miles along each side of the Waikato River through Manuka, gorse and scrub, and along steep river banks, for the proposed Lake Karapiro.

The survey work continued until David began his engineering studies, starting part-time at the University of Auckland. He finished his degree at the University of Canterbury in 1950, where he was a member of Rolleston House governing council and Secretary of the Students Association Executive committee.

On returning to Auckland he became Worley’s right-hand man, taking charge of the design and supervision of many local body water supply and sewerage schemes, including those for Hikurangi, Kaiwaka, Manurewa, Whakatane and Opunaki. Worley had a reputation for being professionally approachable and getting on well with everyone. David followed Worley’s training and example, being known to all as a perfect gentleman.

Worley was appointed engineer to the North Shore Drainage Board in 1951, a period when the area’s local bodies were opposing Auckland Metropolitan Drainage Board moves to take over drainage works on the North Shore. When Worley died in 1965 David took on this programme. David’s development of the North Shore’s sewage reticulation and sewage treatment plant led to further major sewage scheme contracts in Tauranga, Whanganui and Waitara.

In 1968 David was the first consulting engineer invited to join a New Zealand Trade Mission to the Far East. In that year David recognised on his return that in order to compete for overseas engineering work, larger companies were needed. To achieve this he founded Engineering Export (ENEX) to encourage consortiums of New Zealand companies to bid for World Bank and Asian Development Bank projects. Eventually Worley Downey Muir and Associates, as the firm was then known, were successful in securing a sewage project at Ipoh in Malaysia. Later, in association with Beca Carter, there followed highway projects in Malaysia.

During his professional career and after his retirement, David did voluntary work. From 1958 to 1960 he was a member and Secretary of the Institution of Professional Engineers New Zealand (IPENZ) Auckland Branch Committee. He was the New Zealand Director of the Water Pollution Control Federation (USA) from 1969 to 1971, and was presented with a special Service Award. David was Chairman of the ENEX Public Health Consultants Committee from 1979 to 1982 while at the same time being a member of Committee of Association of Consulting Engineers New Zealand. In 1986 he was a specialist Consultant to the Asian Development Bank. David was also a member of the Vestry at St James Church, Glendowie, Auckland in 1967 and 1968. He was on the Holy Trinity Cathedral committee during the construction phase from 1968 to 1980, and a member of the Tongariro Park Board from 1976 to 1980. He was a member of Ruapehu Ski Club Committee and Vice President between 1966 and 1975.

After retirement in 1987 David and his wife Barbara purchased land at Kerikeri where they enjoyed growing kiwifruit, oranges and tamarillos. David became involved in many local organisations in Kerikeri including Probus, Seniornet and helping with children’s art exhibitions. After 11 years in Kerikeri, David and Barbara returned to live in Auckland where David became a proficient artist as well as being a founding member and tutor at Seniornet Eastern Bays. Along with Jeffrey Wilson, David completed a history of his company, which was due for publication shortly after his death.

David was a Member of the Institution of Civil Engineers (United Kingdom), a Member Royal Society of Health (London), and a Fellow of IPENZ (elected 1979).

David Downey, What’s the Weather Like: The story of a New Zealand Pioneer Family, Auckland: 2004.