Charles McKenzie was born in Dunedin on 6 August 1878, and was educated at the State School and Otago Boys' High School. 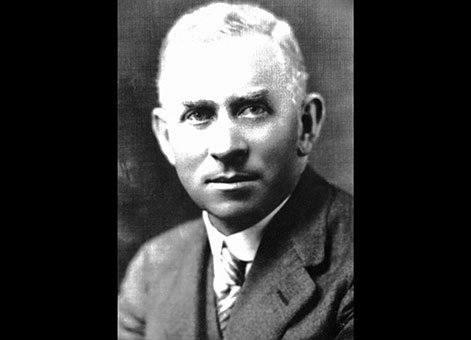 He was a Public Works Department (PWD) engineering cadet between 1897 and 1901. He gained valuable experience on the Midland Railway and later was posted to the North Island Main Trunk Railway, becoming an assistant engineer.

With the main railway construction works completed, McKenzie was transferred to Stratford in March 1909. For nine months he was District Engineer in charge of the Taranaki Public Works District, which included the Stratford Main Trunk and Mount Egmont Branch railways, surveys and construction. In April 1910, he was appointed Resident Engineer for the same district.

Three years later he was transferred to PWD Head Office in Wellington as Office Engineer, assisting the Engineer-in-Chief and acting as Inspecting Engineer when required. After a period of four years as Dunedin and Southland’s District Engineer, McKenzie was transferred back to Head Office in 1919. His role was Staff Engineer and in the following year he was appointed Inspecting Engineer. However, just over two weeks later he was promoted to Assistant Engineer-in-Chief. On 1 November 1932, McKenzie became PWD Engineer-in-Chief and Under-Secretary. He retired in 1938.

McKenzie investigated irrigation and engineering methods overseas on behalf of the New Zealand Government in 1925, and in 1928 was Chairman of a special investigating committee set up by the government to report on irrigation in Central Otago. He was also a member, and for a term Chairman, of the Main Highways Board.

McKenzie died in his Lyall Bay, Wellington, home on 5 October 1942.