Charles Edward Fooks worked as a civil engineer, surveyor and architect. He was born in Weymouth, England on 19 September 1829 and was the son of surveyor Charles Berjeu/Berjew Fooks/Ffoks. 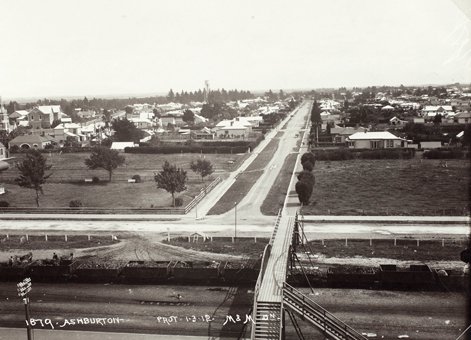 Fooks was educated at Salisbury, Edmonton. He was articled to a London architect and surveyor, Cooper of Lincoln's Inn. He spent his holidays with his uncles Joseph and Guise Brittan at Salisbury. He later worked in his father’s survey office in Camberwell.

In 1855–56 Fooks was in the Canterbury Association’s Survey Office as an architect. Fooks then tried farming but with limited success and around 1866 he undertook a feasibility study of irrigating the Canterbury Plains. In 1869 he laid out first water races for Charles Reed at Westerfield which were still being used in 1940 by the Ashburton County Council. Around this time he laid out and superintended the road from Omihi to Cheviot. In 1871 he reported on the irrigation of the region from the Waimakiriri to Rolleston and was appointed to undertake the work.

In 1873 he was appointed Engineer to the Wakanui Road Board. Then in 1877 he became the first Borough Engineer of Ashburton practising as a licensed surveyor, engineer and architect in Canterbury. He was associated with much of the early development work of Ashburton County. He designed the Longbeach drainage scheme and also the drainage scheme for the Cheviot Flats.

As an architect he designed First Church at Avonside, and the New Zealand Insurance Company building in Hereford Street, Christchurch.