We’ve all heard about animals as engineers – beavers and their mud-and-branch lodges, the ovenbird’s ingenious nest, and, of course, bees and their perfectly wrought hexagonal hives. But human engineers working on behalf of animals? That story’s less familiar. From perfecting zoo habitats to improving veterinary surgery, here are some instances of New Zealand engineers bringing their skills to the animal kingdom.

Step inside the animal kingdom

Fancy a stroll through tiger lowlands, big cats prowling on a bridge above your head? Or how about going face to face with a crocodile in a tropical swamp forest? Auckland Zoo’s South East Asian Jungle Track takes the philosophy of bringing visitors closer to nature to a whole new level, inspired by conservation science and enabled by engineering smarts.

The $60 million project is the most ambitious undertaken in the zoo’s nearly 98 years, and when completed late in 2021, will span one-fifth of its territory. A high canopy primate habitat for orangutans and siamangs opened in winter 2020, along with a new café, Te Puna. Still to come: an aerial primate pathway network strung 25m above the high canopy habitat and out over the zoo’s central lake. Also, an Indonesian swamp forest under a transparent, climate-controlled dome; and a habitat for tigers and small-clawed otters with bridges, elevated ridges, plantings and pools.

All the habitats will feature “shared shelters” where people and animals are separated only by glass.

“Our design objective and mission is to bring people together with animals, with each other and with nature to build a future for wildlife,” says Auckland Zoo’s Head of Facility Services Monica Lake.

The engineers needed to understand how our animals move and what kind of loads they present.

Lead engineering consultant Jacobs has contributed through every stage, starting with an investigation of the zoo’s challenging ground conditions and an infrastructure plan.

Three-dimensional laser scanning technology was used to compare existing site features with the primate’s proposed climbing network. Engineers were instrumental in the revitalisation of the central lake, and collaborated with the zoo’s design firm, Studio Hanson Roberts, to develop the primate habitat’s “canopy climbers”, which mimic the lines of a tree in steel, as well as aerial pathways. They were also key to designing the features that safely separate animal and human.

All of it involved close collaboration with the zoo’s Life Sciences staff, says Monica.

“The engineers needed to understand how our animals move and what kind of loads they present. What limits would we need in terms of sag of ropes? As an apex predator that likes looking down on its prey, at what height should the tigers’ bridges be? What are the specific climatic needs of crocodiles from the tropics? There were many conversations over a three-year period.”

The fruits of that collaboration are already obvious.

“Seeing our orangutans and siamangs living high up in the trees and canopy climbers, as these arboreal species live and behave in the wild, is just beautiful,” Monica says. 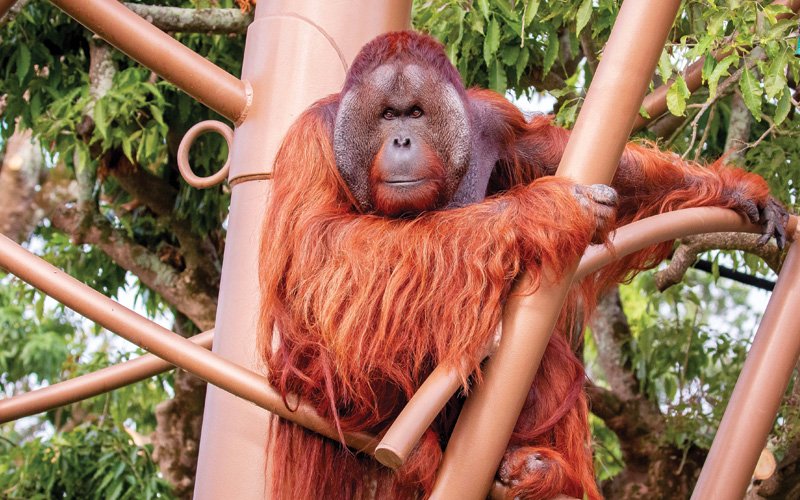 When penguins rule the roost

Over the past year, Wellington City Council engineer Veronica Byrne has had to deal with an unlikely complication on a council infrastructure project: penguins. The project, which includes new walking and biking paths, landscaping and a 430-metre-long rock revetment, is under construction on the seaward side of Cobham Drive, a notable nesting and moulting habitat for little blue penguins or kororā.

Every morning, the contractors check their diggers and equipment to be sure no errant bird has taken up residence during the night, and use a special camera to check between rock crevices for nests. If there’s any risk to the birds, the DOC-approved management plan dictates that work should immediately come to a halt.

And that’s only part of it. Landscaping has been designed to keep penguins off the road, and a marine biologist was consulted for penguin-friendly lighting. Additionally, the new boulder wall has been built to provide new habitat options for the birds.

“The project really runs around them,” says Veronica, who has been through a steep learning curve in the past year.

“As an engineer, this was my first time working with little blue penguins. I’ve learned a lot, and it’s been challenging, but nothing impossible.” 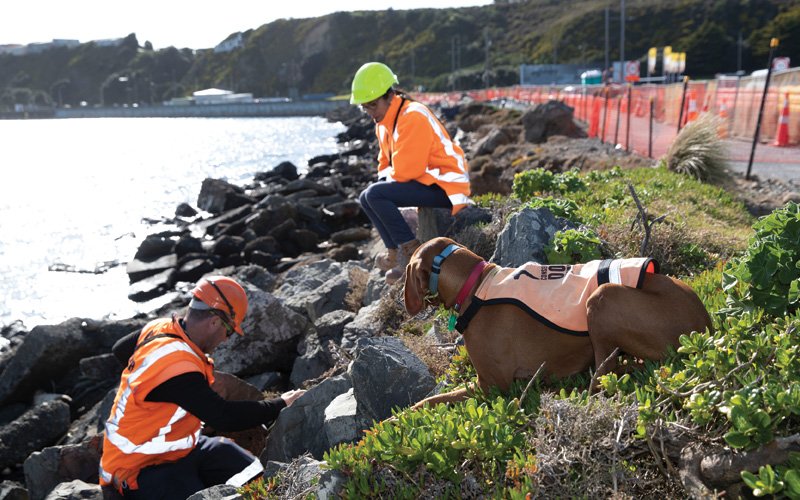 For a dog, living with canine cruciate ligament disease is the equivalent of a human athlete “doing their ACL”, but with a couple of significant differences. In the dog’s case, it’s a degenerative condition and the surgical fix has tended to be less successful. Enter Christchurch-based OssAbility, a veterinary implant and surgical instrumentation firm that has upended traditional cruciate surgery, reducing complication rates and helping more dogs regain normal, pain-free movement.

The company was founded in 2013, when veterinary surgeon Brent Higgins met then mechanical engineering PhD candidate Seamus Tredinnick. The former was frustrated by the traditional “practice makes perfect” approach to new procedures. The latter was developing a new 3D-printed titanium implant for human orthopaedic patients.

Says Seamus: “We saw no reason why animals couldn’t and shouldn’t have access to the same fantastic technology.”

In terms of hardware, OssAbility has introduced a 3D-printed porous titanium scaffold that stimulates the surrounding bone and promotes healing, as well as a stainless steel osteotomy guide that can be reconfigured for every surgery. But the company also promotes deep engagement with the surgeons who use its products, from pre-operative planning to workshops to post-op debriefing.

We saw no reason why animals couldn’t and shouldn’t have access to the same fantastic technology.

The cumulative effect has been to widen treatment access –“your local first-opinion practitioner is now able to confidently perform this orthopaedic surgery” – while “massively” reducing the complication rate.

Seamus says the surgical guide is key. The procedure relies on cutting bone and repositioning part of it.

“By controlling that through a surgical guide we can make sure we don’t weaken the weight-bearing part.”

For an engineer who once wanted to design yachts, using his skills to help animals has been an unanticipated but hugely rewarding ride.

“Working on medical devices and implants is a great reason to get out of bed in the morning,” he says.

And yes, he has a dog, a Miniature Schnauzer called Nemo. 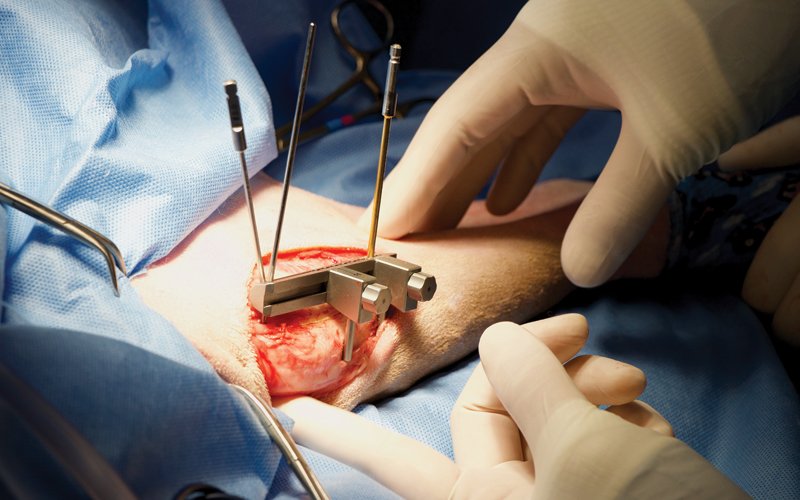 Back in 2006, Gary Neal needed a trailer for his St Bernards. Nothing on the market seemed right, so Gary, the General Manager of Hastings-based Wassco Engineering, built one himself – then promptly sold it at the first dog show. He built a replacement – and someone asked if they could buy that one, too. And so K9 Caravans was established as a division of Wassco, constructing trailers for the domestic and Australian market, mostly for the greyhound racing and dog show sets.

What makes the trailers so popular? Gary points to the high-density hydrophobic foam insulation, the smooth and comfortable ride, and the heavy-gauge steel frame designed to protect dogs in an accident.

“It’s all about the comfort of the dogs. You don’t want to get to a show with them all shook up, and you want your greyhounds nice and rested,” he says, adding that feedback from the hounds tends to be just as complimentary.

“One lady told me that they used to have to drag their dog into their old trailer – with the K9, they had to drag him out of it.”

Equestrian polo is a sport anchored in long traditions, where nothing moves fast, other than the ponies. That said, engineering academic and materials scientist Dr Paul Ewart CMEngNZ (Eng. Technologist) is working on ways to bring a cutting-edge to equestrian polo.

Paul and his sports science colleagues at Wintec have been looking at the traditional cane mallet to see if it might be possible to introduce efficiencies into the design and construction. The process involves characterisation of the existing designs by flex-testing and load-testing the mallets and fitting them with sensors to see how they perform in a match situation.

The complicating factor here is the need to consider animal welfare. Ponies are at risk of being hit, he notes; it’s why polo has largely continued to use natural materials for mallets. The project is a first of its kind and remains a work in progress.

There are other developments where smart engineering could be of advantage for the ponies. Saddles, for instance.

“We’re looking at the stress to the animal that comes from overheating, and the potential use of more breathable materials and creating fabric structures with inbuilt cooling channels,” says Paul, who adds that the “wraps” used to protect ponies’ legs from injury are also being looked at.

“These advances would enable impact resistance, strength and cooling capability not currently seen.”

In polo, he points out, elite players are treated like stars.

“There’s no reason why we can’t look after the animals just as well.”

This article originally appeared in the December 2020 issue of EG magazine. 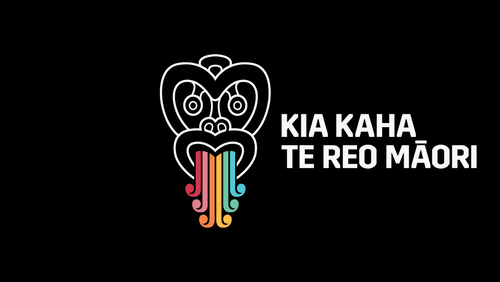 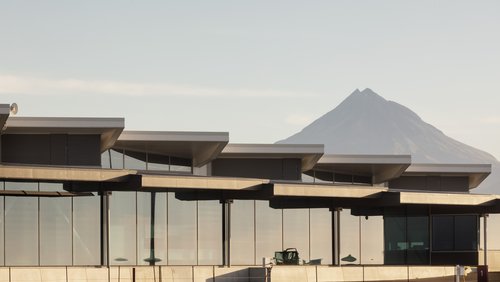 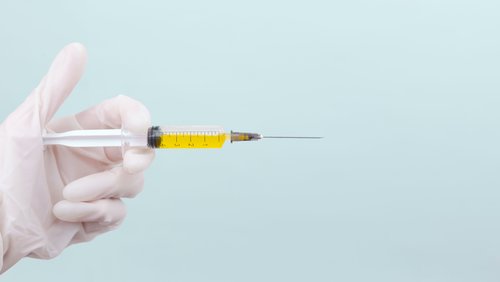