Covid-19 has forced some of New Zealand’s one million or so expats to return home. But are returnees hitting our shores in large numbers, and what does this mean for the country’s engineering sector?

But while there was a general expectation of a “brain gain” here, with Kiwis returning home due to Covid-19, there is still a skills shortage within the engineering sector. “It’s a bit of a fallacy that New Zealand engineers are returning in large numbers,” says Ben Lapworth, Divisional Manager at Eighty4 Recruitment, a boutique agency specialising in placing engineers across all sectors.

“We would like to see more, of course,” he says. “Many employers are wanting us to secure them good quality engineers, as job adverts are just not working for them at the moment.” Employers are doing everything in their power to win the battle of retention, he says.

“Employees are generally very well looked after, and so fewer are taking the time to review job adverts.” Employers are being proactive and shoulder tapping engineers in the market, he says, adding it’s natural to see a lot of counteroffers from employers who are reluctant to lose staff and are aware it’s cheaper to retain than recruit.

It’s a bit of a fallacy that New Zealand engineers are returning in large numbers.

“A scarcity of engineers simply has a knock-on effect when it comes to remuneration, which is definitely on the increase,” says Ben.

“It’s those companies that are offering flexible benefits to their staff that appear to be winning out,” says Adam.

“A great culture and great projects may mean that engineers will stay where they are.” He predicts salaries will increase and says if the candidate shortage continues, “we are heading for an untenable situation with projects”.

Bubbles, borders and beyond

David Hogg CMEngNZ, General Manager, New Zealand Water, Stantec, says as an employer of engineers, he’s seeing a gradual return, but not the influx that had been expected.

“For some, it may have been their time to return home after their OE anyway, and for others, there have been other factors at play, for example, the impacts of climate change on the oil and gas sectors which has resulted in some looking to leave that market.”

He says: “It’s not easy to see a path through with this. We have a skills shortage and we have immense investment coming into the water sector to improve our ageing assets. Also, we’re reliant on an international talent pool that can’t easily enter.”

As for the trans-Tasman bubble that opened in April, David says he sees this as a potential threat to New Zealand’s workforce as there could be a drive to attract Kiwi engineers across the Tasman.

Bronwyn Rhynd FEngNZ IntPE(NZ), Environmental Engineer and Director at CKL, says her firm recently ran a recruitment campaign and identified a great candidate from offshore. But the length of time to get them here was extended to include a long wait to get into Managed Isolation and Quarantine (MIQ) and confirm visas.

“This results in an additional wait time to onboard this person for the critical land development projects we intended their skills to be utilised.”

Glen Tarrant, Recruitment Manager Australia and New Zealand for Stantec, is concerned when other countries reopen their borders and complete their vaccination rollout, New Zealand will start to lose engineers who look to do their OE. When considering the trans-Tasman bubble, Glen doesn’t believe it will help as he says Australia is in a similar state to New Zealand.

“If anything, it could cause more angst as engineers based in New Zealand look to broaden their experience by heading across the ditch.” He believes the answer is a twofold approach.

“We need to tweak our workforce and look at how we can use graduates and intermediates in the long-term solution, developing training programmes to fast-track development of interns rather than wanting more experienced engineers all the time. We also need to look ahead and ensure we are recruiting the right mix of skills in an ever-changing market,” he says.

“Secondly, we need to look at offshoring some of the work to design centres when it makes sense to do so. Getting the retention factors right is also crucial to navigating this storm,” says Glen, adding that keeping current talent engaged and happy is a must.

Fritha McCrimmon-Robinson MEngNZ has been back in New Zealand since February and is working for Stantec in Christchurch. She and her husband had always planned to return to New Zealand after time in the United Kingdom (UK), but Covid-19 delayed their plans.

Listed as one of the top 100 most influential women in engineering in the UK and Europe in 2019, Fritha graduated with a Civil Engineering degree from the University of Canterbury in 2011 then worked on the Christchurch rebuild. In 2015 she moved to the north-east of England to design wastewater infrastructure.

Fritha notices a shortage of engineers in New Zealand with more than 10 years of experience. She was approached and headhunted by multiple people from within the industry, offering her roles.

“There’s definitely a shortage. I have observed this across civil engineering sectors but this may be across all sectors of engineering.” 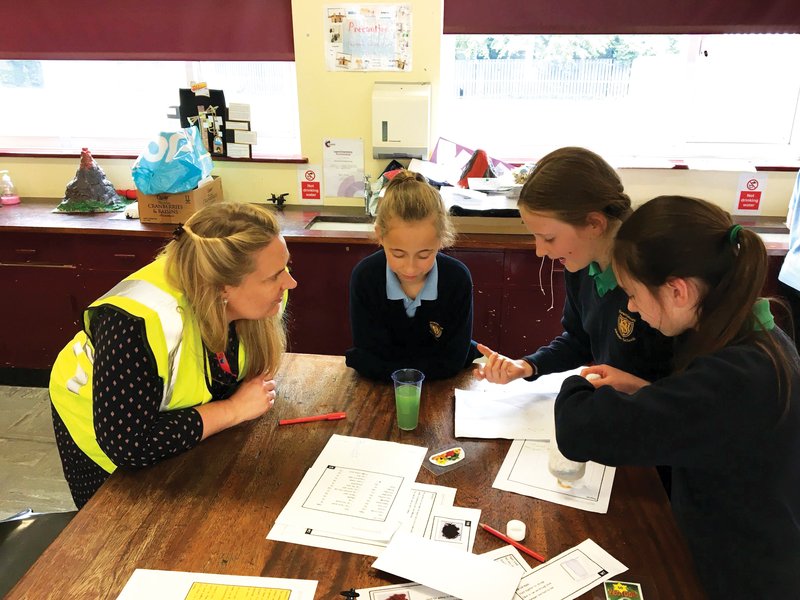 Fritha McCrimmon-Robinson talking to students during Women in Engineering Day

With a limited pool of incoming talent, some companies have focused on creating an environment that supports existing teams. “We are encouraging our people to develop their career plans and we are supporting them with that,” says CKL’s Bronwyn Rhynd.

“We are recognising the benefits of being an employer of choice. We focus on the pastoral as well as the technical development. We are proud of our people and celebrate their successes with them.” Cam Wylie CMEngNZ IntPE(NZ), Managing Director at RDCL, geotechnical engineers and consultants, agrees.

“We are rethinking how we work, using improved connectivity to better deploy resources and improve our productivity across offices and upskilling ‘unskilled’ local people.”

We are encouraging our people to develop their career plans and we are supporting them with that.

Ross Kaufusi CPEng CMEngNZ IntPE(NZ) and his fiancée Maria Leon MEngNZ had always planned to return to New Zealand after living and working in the United Kingdom, but Covid-19 travel restrictions dictated their timing.

“Pre-pandemic, in an emergency we were able to return home in 24 hours. Nowadays, that would be impossible. To avoid the stress of finding a spot in MIQ, flights and quarantining for two weeks, we felt that it may be time to move home and be closer to family.”

During their five years abroad, the pair have been involved with some large projects, travelled around Europe and accomplished what they had initially set out to achieve. They will return to Auckland where their extended families live and begin new roles in June. 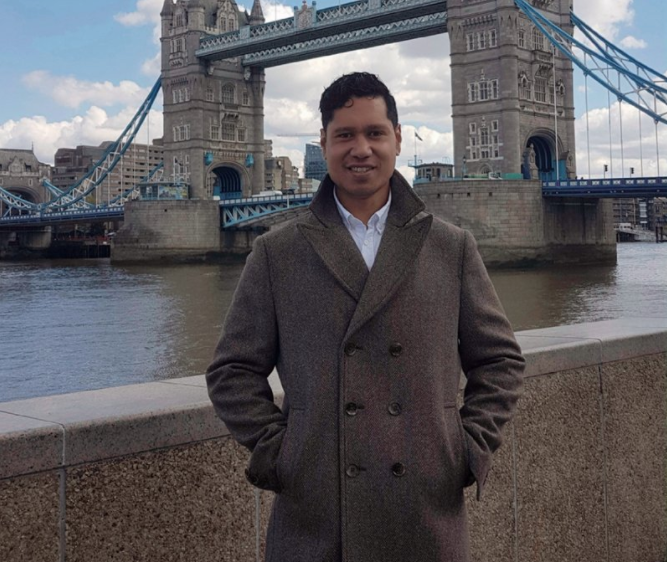 Earlier this year, the Association of Consulting and Engineering (ACE) New Zealand called for a targeted and skills-based approach to immigration to meet the skills shortages existing in the sector.

Helen notes the ability to recruit specialist talent from overseas is key to how many firms address the skills shortage and sits alongside investing in upskilling the existing market. Yet, 25 percent of firms have also experienced challenges attempting to bring suitably qualified staff into New Zealand.

In May, the Government announced the allocation of a number of MIQ spaces over the next 10 months, many for skilled and critical workers to support the country’s economic recovery. These include spaces for 300 specialised construction workers between June and October. Helen is hopeful the Government’s announcement will help ease the pressure for skilled and critical workers in these sectors.

Meanwhile, there are opportunities for graduate engineers. Professor Rosalind Archer FEngNZ, Deputy Dean, Faculty of Engineering, the University of Auckland is seeing positive signs from employers.

“We are hearing from lots of employers they are positively marketing to graduates,” she says. “It’s a captive audience at the moment, with graduates unable to disappear offshore.” Employer Liaison Manager at the University of Auckland, Jonathan Culley, says anecdotally, most companies he comes into contact with have either kept recruitment the same or increased numbers over the past year.

“With the uptick in the economy and closed borders, the skills shortage is becoming acute but this should advantage our students and graduates in the marketplace.”

The University of Auckland gets regular feedback from companies on changing recruitment practices and labour market trends, which feed into the workshops and engagement activities it runs with students.

“This year in our career development workshops, we will be emphasising the increasingly dynamic nature of the labour market and the blurring of many traditional career paths and job roles,” says Rosalind.

“Students and graduates will need to adapt to new working practices, such as more remote working, and many companies are now hiring a much broader range of specialisations to take advantage of the different skill sets and experiences.”

She says many companies are undergoing substantial changes which will benefit students. "For example, Beca has been expanding their digital services, hiring software and computer systems students. We will therefore be encouraging students to be more proactive with their job search and consider widening their scope when it comes to their ideal graduate role, considering different industries and job types.” 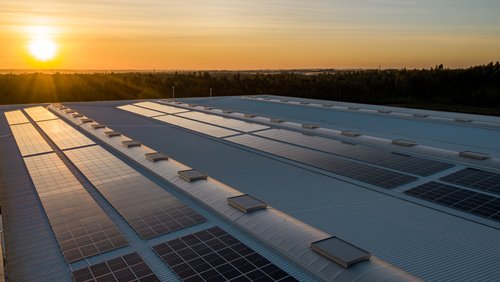 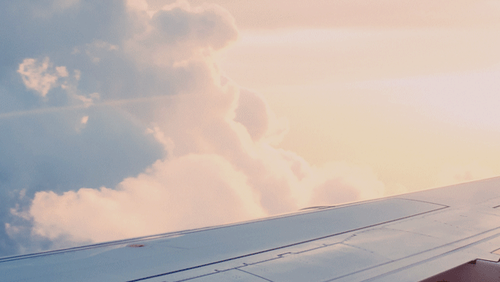 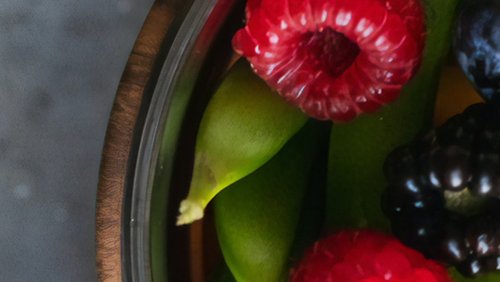