As 2022 ends, extreme weather events from floods to heatwaves have once more underlined the need for urgent action on climate change, while energy prices soar due to the Ukraine invasion. When it comes to transport, electric vehicles are an increasingly viable option for consumers. So, how far along the road is Aotearoa in the journey to drive down transport emissions and do we have the infrastructure required to get there by 2050?

Launched this year, New Zealand’s first emissions reduction plan set the direction for climate action for the next 15 years. It is crucial to our pledge to be carbon neutral by 2050.

Transport produces our second-highest amount of emissions after agriculture, so a key priority is decarbonising public and private transport, says sustainability and innovation consultant Kathy Matete, a civil and environmental engineer with significant experience in transport.

“The main climate change mitigation measures New Zealand is taking, or needs to take, include a focus on our fleet and exploring the different fuel type options, such as electric vehicles and hydrogen.”

The aim is to significantly reduce transport-related carbon emissions by 2035, reaching net-zero long-lived emissions by 2050. This, the Government says, will be achieved by reducing reliance on cars, and supporting people to walk, cycle and use public transport; rapidly adopting low-emissions vehicles; and beginning work now to decarbonising heavy transport and freight.

EV or not EV – that is the question

Over the next three years, a host of policies and initiatives will set the wheels rolling. They include continuing the clean vehicle discount and setting out a national EV-charging infrastructure. In May, the Government announced it will commit $50 million to help councils fully decarbonise the public transport bus fleet by 2035. 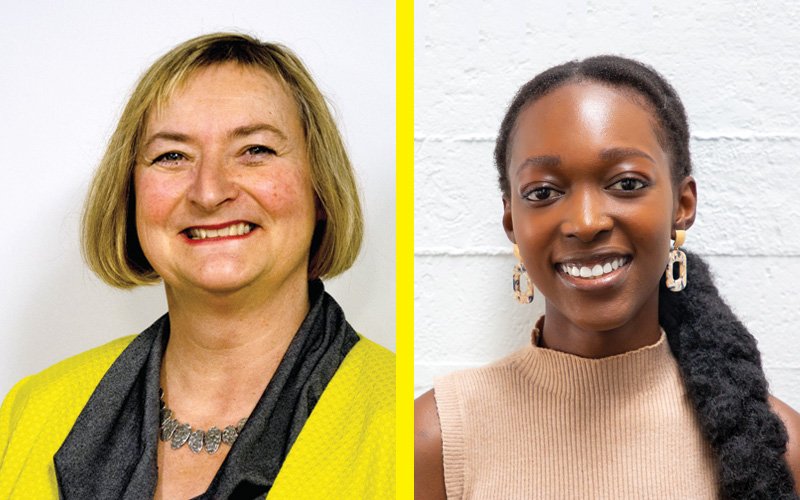 It plans to introduce import standards to reduce emissions and is currently trialling an incentive scheme to help lower- and middle-income Kiwis make the switch to clean cars.

Liz Yeaman FEngNZ, managing director of Retyna, a consultancy focusing on EVs, says New Zealand is making “good progress”. While we may not be making the radical changes as some other countries, our uptake is ahead of Australia. This, she says, has taken “a bit of bravery” by Kiwi importers.

Government commitment and our high proportion of renewable electricity generation have helped drive this, as well as “pioneering individuals” like ChargeNet co-founders Steve and Dee West. The early development of a nationwide network of fast chargers “meant we had a big jump ahead on public charging infrastructure”. 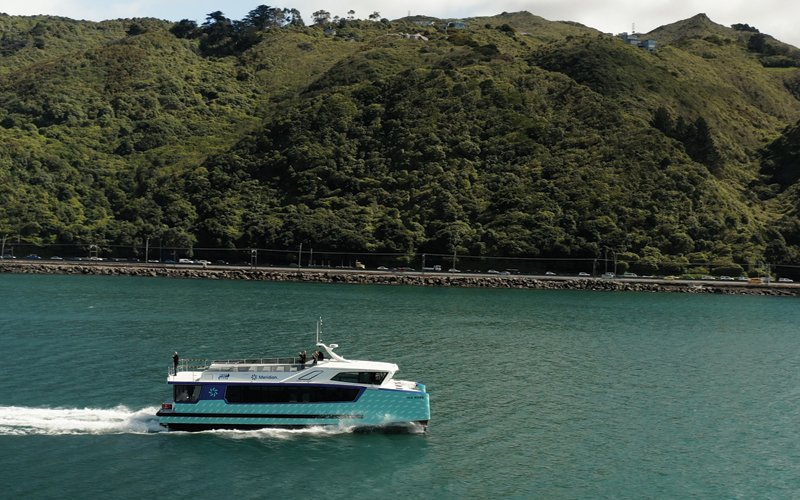 Heavy transport contributes 26 percent of the country’s transport emissions. According to the Climate Change Commission, by the end of 2021 there were more than 300 heavy electric vehicles in Aotearoa, and the first electric freighters were on the roads.

The pandemic briefly stifled some advances in EV battery technology across the world, says Liz. But the arrival of new megawatt standard chargers – unveiled this year in Norway and set to go into commercial production by 2023 – will be “transformational”, she says. The technology is designed for buses, trucks, lorries, long-distance coaches and even short-haul aircraft.

Liz believes developments in battery technology and a move towards a circular economy for battery materials, should eventually solve the pressure on extra minerals needed for EVs.

The big challenge, she says, is electricity infrastructure and ensuring it keeps pace – not just with the rate of EV growth but with the demands on the network. In the past decade, technology use has increased but, with energy usage more efficient, electricity demand has remained stable. The downside, says Liz, was that industry investment in new generation idled.

Both Liz and Kathy agree decarbonisation of the fleet isn’t just about cars. Broader aspects, says Kathy, include changing the way we live and how we design our cities, achieve urban and transport integration, and design low-carbon developments. She says there’s a lot of partnering needed. Bigger conversations, focusing on sustainability and social value, are required, while weaving “regenerative design into the decarbonisation conversation links really well to mātauranga Maori, such as planning ahead for generations”.

Dr Sulo Shanmuganathan FEngNZ CPEng, Chief Engineer at Waka Kotahi NZ Transport Agency, says In addition to their focus on emissions reduction initiatives such as shifting how people move around, the rapid adoption of low-emission vehicles and work to decarbonise heavy transport and freight, the Crown agent is looking at emissions from the construction of transport network infrastructure. This means measures such as requiring suppliers on NZ Upgrade Programme projects

to come up with innovations that reduce carbon emissions by at least 10 percent. Waka Kotahi is also due to release its climate adaptation plan, Tiro Rangi, before the end of 2022 in response to the Government’s National Adaptation Plan.

“We’re not waiting to adapt – many of the projects we’re designing and building now have climate change resilience factored into them with culverts, bridges and stormwater management systems designed to accommodate the forecast climate changes during the next 100 years.”

When materials and chemical engineer Ron Smits, his wife Stephanie Smits O’Callaghan, and friend Lawrence Muijlwijk returned from living overseas during the pandemic, they saw a gap in the local market for public smart-charging AC units.

Around 90 percent of public charge points around Europe are AC. It’s better for battery life, says Ron, and more convenient. As EV owners who’d lived in Britain and driven across Europe, the trio were used to this model. They created Hikotron to offer public AC charging, that’s “easy-to-use, instantly accessible, convenient and reliable”. Hikotron’s blue charging units launched late last year and there are around 40 charge points in Waikato and Auckland. 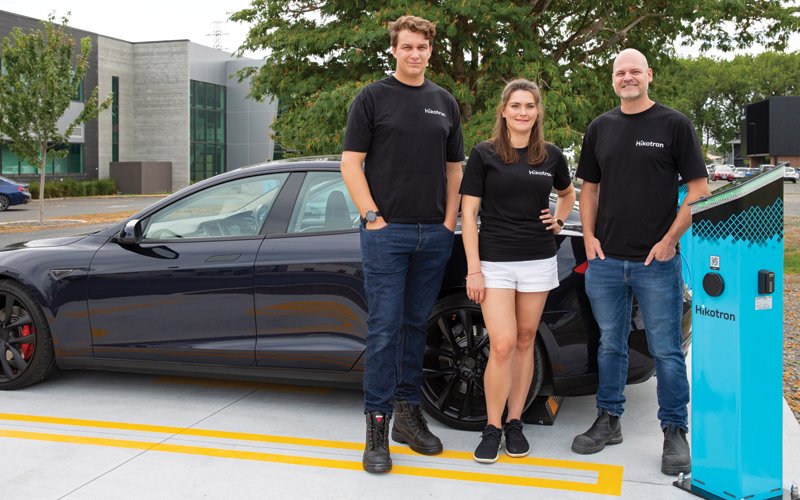 In mature EV markets, “range anxiety” has been replaced by “charger anxiety” because “reliability, in most markets, isn’t great… there’s an increasing risk you’ll have to queue”. Hikotron plans to solve this by staying locally designed and built, using its own hardware and software and partnering with companies and councils, as well as leasing units, rather than selling them. It aims to have another 60 AC charging units up and running by end of 2023. In addition, a deal with Mercury will see 500 Hikotron charge points installed across New Zealand by 2026. In future, Ron hopes to develop more products in the AC space.

Built-in smart technology means Hikotron’s chargers can automatically adjust the amount of power going into the car to avoid peak load on the grid. In the future, power companies could control charging rates, or incentivise users to charge when power is cheaper, as is happening overseas.

If you truly want mass adoption, it’s got to be as convenient as a petrol car, or people won’t make that switch.

New Zealand’s EV infrastructure is adequate, but the country needs to keep pace with uptake.

“Overseas, EV ownership builds exponentially, outstripping infrastructure really quickly.” An “eco-system of chargers” – a greater number, both slow and fast and the ability to charge your car where it’s normally parked – is needed, says Ron.

“If you truly want mass adoption, it’s got to be as convenient as a petrol car, or people won’t make that switch.”

Educating the EV engineers of the future

As demand for EVs picks up pace, there’s a growing need for more upskilled automotive engineers and technicians to maintain and repair them. Otago Polytechnic has run courses in high voltage systems and safety for around five years. In 2019, it became the first institution to offer the New Zealand Certificate in Electric Vehicle Automotive Engineering (Level 5). Principal Lecturer of automotive engineering, Kevin O’Neill, says the course is split into three components and constantly adapts. It caters for electric and hybrid technologies in vehicles and other new technologies.

The programme is “still fairly small” but growing all the time – from 30 students in the first intake to the current (third) intake comprising around 60. The course is offered through several other providers across New Zealand. With 80 percent of teaching delivered online, the course is already accessible to many, but the hope is to roll it out nationwide in 2023. Kevin says New Zealand already has a really good network of technicians.

“It’s more about upskilling people, ensuring they can work on high voltage safely.”

A lot of industrial electricians are keen to learn, too.

“It’s not just about repairs, it’s about infrastructure – there’s a host of other new opportunities to support the EV network.” 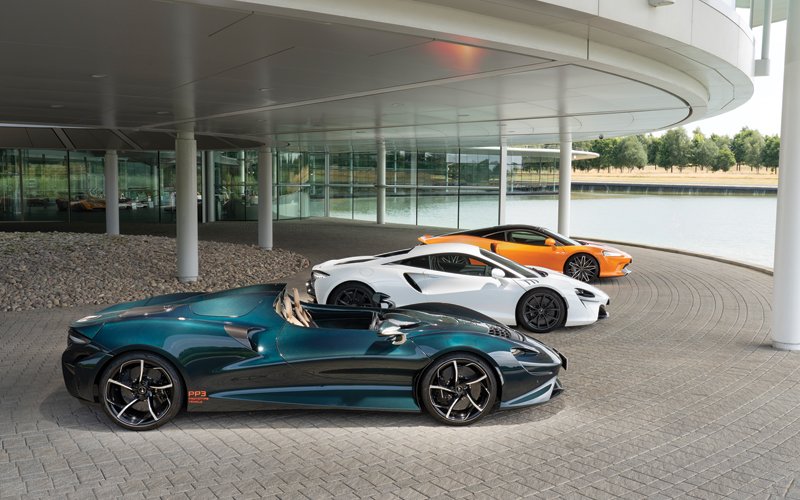 Electric vehicles and their unique mix of mechanical, electrical and software components led then first-year-student Harvey Merton to sign up for Auckland University’s 2018 team for the Formula Society of Automotive Engineers (F-SAE) Australasia competition. University students design, build and compete in their very own Formula-style race car.

In 2019, Harvey won Auckland University’s annual Bruce McLaren Scholarship, giving him a 12-week internship at McLaren Automotive Technology Centre in Woking, United Kingdom. Back in Aotearoa, he progressed through the University’s F-SAE team, becoming chief engineer for the 2020 campaign. 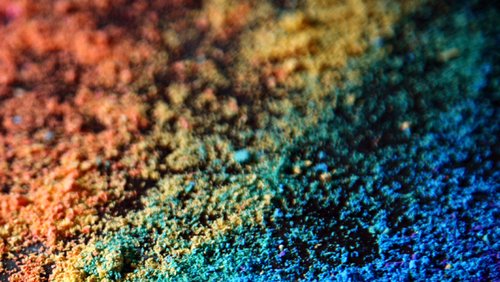 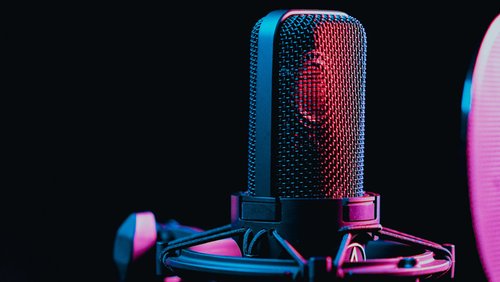 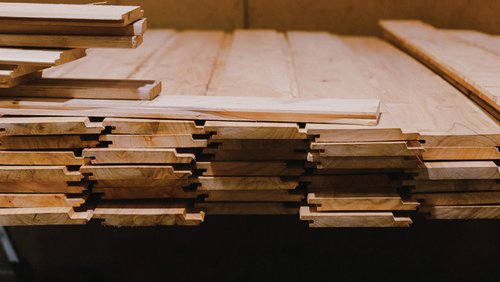