Musick Memorial Radio Station in Howick, Auckland, was constructed between 1939 and 1942. The station is a tribute to Pan American Airlines pilot, Captain Edwin Musick (1894–1938). He died pioneering long-distance air travel, which promised to reduce the effects of New Zealand’s geographical isolation.

During the 1930s, Pan American Airlines and Britain’s Imperial Airways made a number of survey flights to Auckland to investigate potential trans-Pacific Ocean and Tasman Sea routes. Telecommunication support was essential for setting up viable commercial services. A site, formerly called East Tamaki Head, was selected for a radio station. The headland and station were named in Musick’s honour after he and his crew died during the first commercial flight from New Zealand to the United States of America in January 1938.

Musick Memorial Radio Station was also built with the purpose of providing maritime radio services for coastal and international shipping around Auckland – New Zealand’s busiest port. It became an important communication facility in the Pacific campaign during the World War Two. 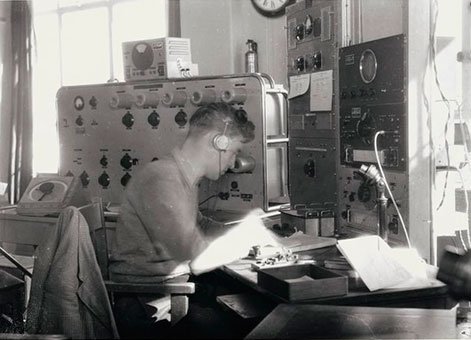 In 1946, a tour of the station was broadcast which described the activities and layout. It was broadcast again in 2014 by Radio New Zealand in a programme called "A trip back in time to Musick Point."

Keeping in Touch, a 1956 film held by Archives New Zealand, profiles Post Office Department activities at the time. The section beginning at 6:40 minutes into the film features interior and exterior footage of Musick Point Radio Station. 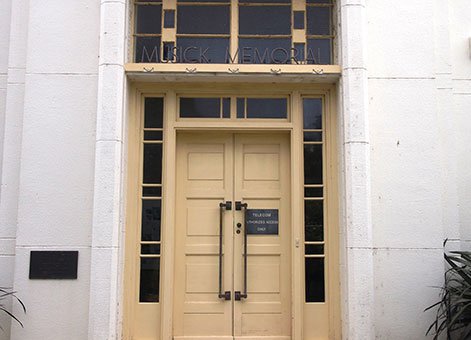 By 1966, the Musick Memorial Radio Station was used solely for maritime and emergency radio services as all aeradio communications had been transferred to the international airport in Mangere.

The station was decommissioned on 30 September 1993 and is now leased to the Musick Point Radio Group. These amateur radio enthusiasts restore radio equipment at Musick Memorial Radio Station, maintain the building and operate radio call signs. Despite the removal of some of the structures in the late 20th century, such as the towers surrounding the Station, tower footings, an original air raid bunker and the staff housing at the south end of the site still remain. 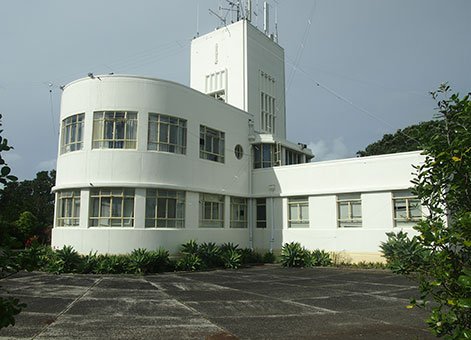 Musick Memorial Radio Station represents the coming together of telecommunications and aeronautical technological advancement which made long-distance commercial air travel a reality for New Zealanders in the late 1930s. Leading New Zealand specialists, such as electrical engineer Ernest Hedley Roy Green (1898–1977), were involved in creating the world-class facility.

IPENZ recognised the engineering heritage significance of the Musick Point Radio Station with a plaque, unveiled 2003.

This place is included in a Heritage New Zealand Historic Area (List no.9335):

Access to the site is via a long driveway through Howick Golf Course. The driveway terminates with a carpark which is approximately 150 metres away from the Musick Memorial Radio Station building. From here visitors can walk to and around the building and associated reserve. Access to the station’s interior is by appointment with Musick Point Radio Group.