When it was completed in 1972, the New Plymouth Power Station Chimney was the tallest structure in New Zealand. 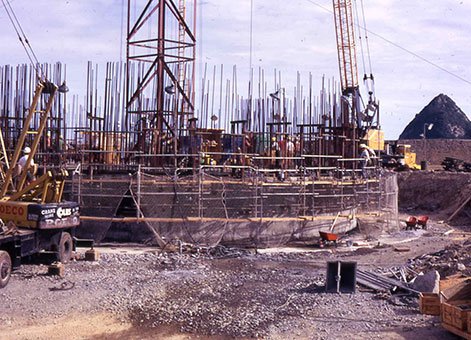 It stands 198 metres above ground level, contains 16,400 tonnes of concrete, 1,200 tonnes of reinforcing steel and almost one million bricks. 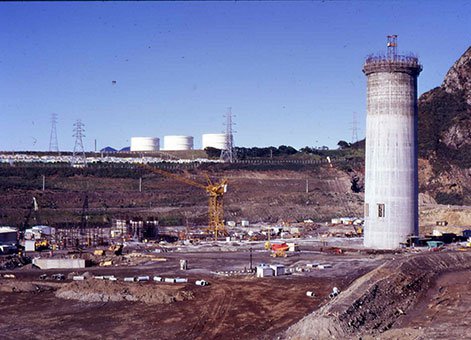 The main structure of the chimney is a 90 foot (ft) diameter reinforced concrete windshield which contains five 11 ft diameter flues made of bricks, laid at the rate of 10,000 per day, supported by steel platforms at regular intervals throughout the height of the chimney. 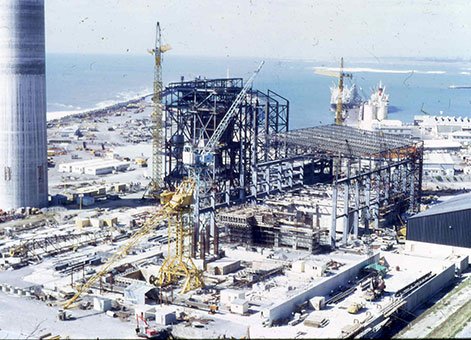 Slipforming of the windshield commenced in February 1971 and, with the exception of one interruption, was completed as a continuous concrete pour at an average rate of five inches per hour. The work was carried out as a design and build contract. 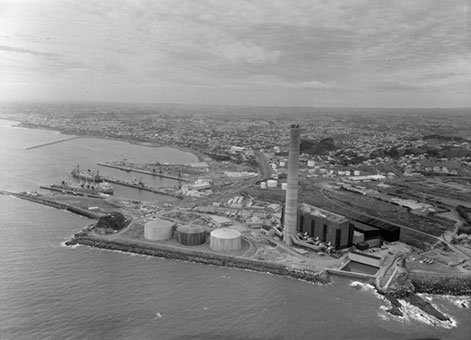 This item of New Zealand’s engineering heritage was recognised as part of the IPENZ “Engineering to 1990” project which the Institution organised to help celebrate the country’s sesquicentenary in 1990. A plaque was unveiled to mark the significance of this power station chimney as part of the development of the nation.

The chimney is a highly visible landmark in central New Plymouth and can be viewed at reasonably close proximity from Station Road and around the foreshore.